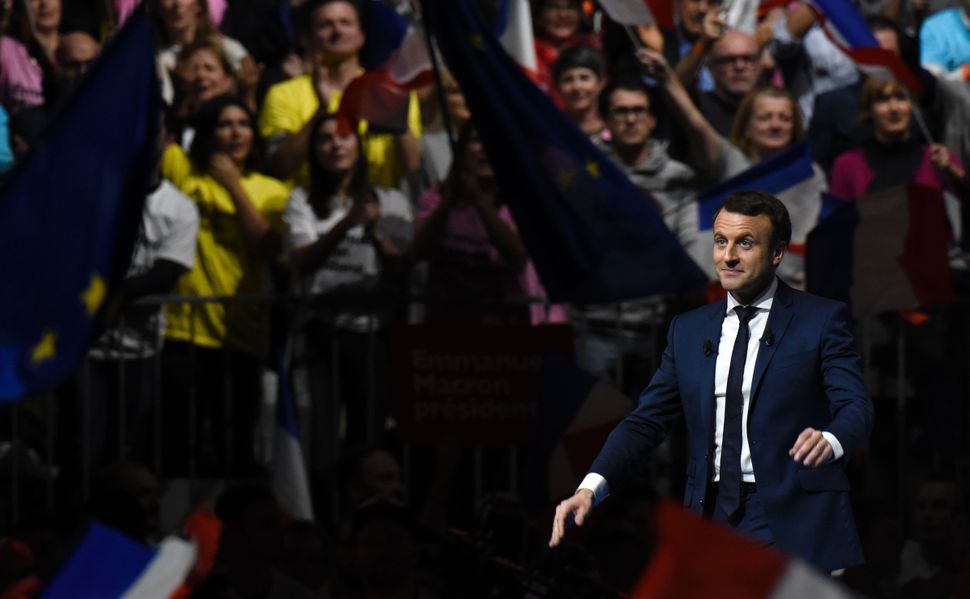 PARIS (JTA) – French President Emmanuel Macron condemned anti-Zionism as a form of anti-Semitism during the commemoration of the 75th anniversary of the Vel d’Hiv deportations.

“We will never surrender to the expressions of hatred; we will not surrender to anti-Zionism because it is a reinvention of anti-Semitism,” Macron said on Sunday in Paris during the commemoration ceremony.

On July 16 and 17, 1942, French police officers rounded up more than 13,000 Jews at the Velodrome d’Hiver stadium before deporting them to Nazi death camps in Eastern Europe.

More than 1,000 people, including Macron and Israeli Prime Minister Benjamin Netanyahu, attended the ceremony held near a monument that was erected where the stadium, which was demolished decades ago, used to stand.

Netanyahu, in a speech he delivered partly in French, thanked Macron for inviting him to the ceremony, calling the gesture a “strong message” attesting to the friendship between Israel and France. He said the two countries must “stand united” against “militant Islam.”