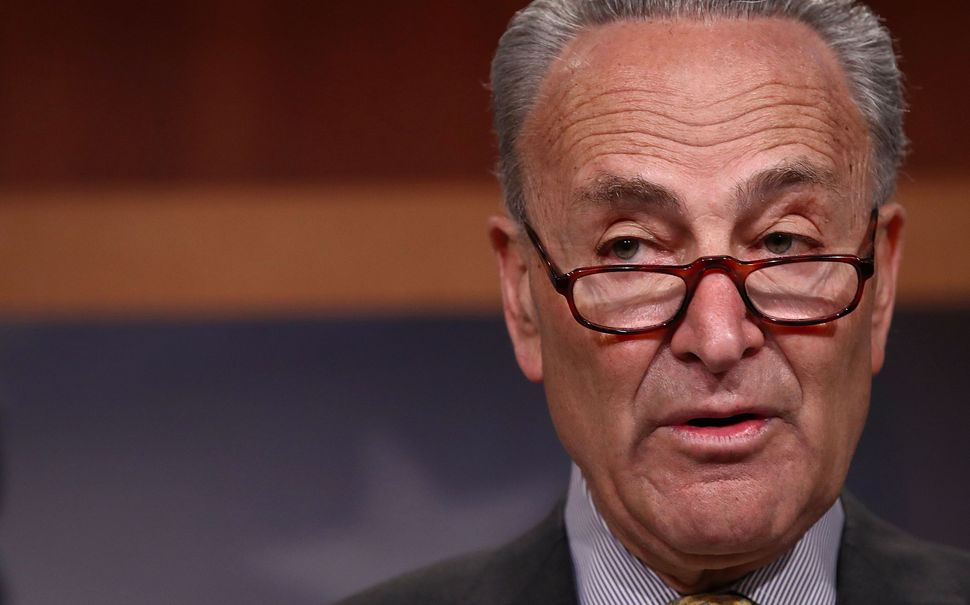 After two Republican senators effectively crushed the current version of Obamacare repeal, Senator Chuck Schumer called on Democrats and Republicans to work on fixes to the current system, rather than attempting a wholesale change of the current regime.

“This second failure of Trumpcare is proof positive that the core of this bill is unworkable,” the New York politician and Senate minority leader told the New York Times.

He added: “Rather than repeating the same failed, partisan process yet again, Republicans should start from scratch and work with Democrats on a bill that lowers premiums, provides long-term stability to the markets and improves our health care system.”

Schumer’s Democrats held the line on Obamacare repeal, forcing the Republicans to look for – and not find – the votes they needed in their own caucus. A version of Obamacare repeal passed the House in May, but now its path in the Senate is uncertain, with four Republicans having come out against the present bill.

Schumer was once seen as a likely dealmaker with Trump and the GOP on a wide range of issues like healthcare and infrastructure, but such cooperation now seems unlikely.