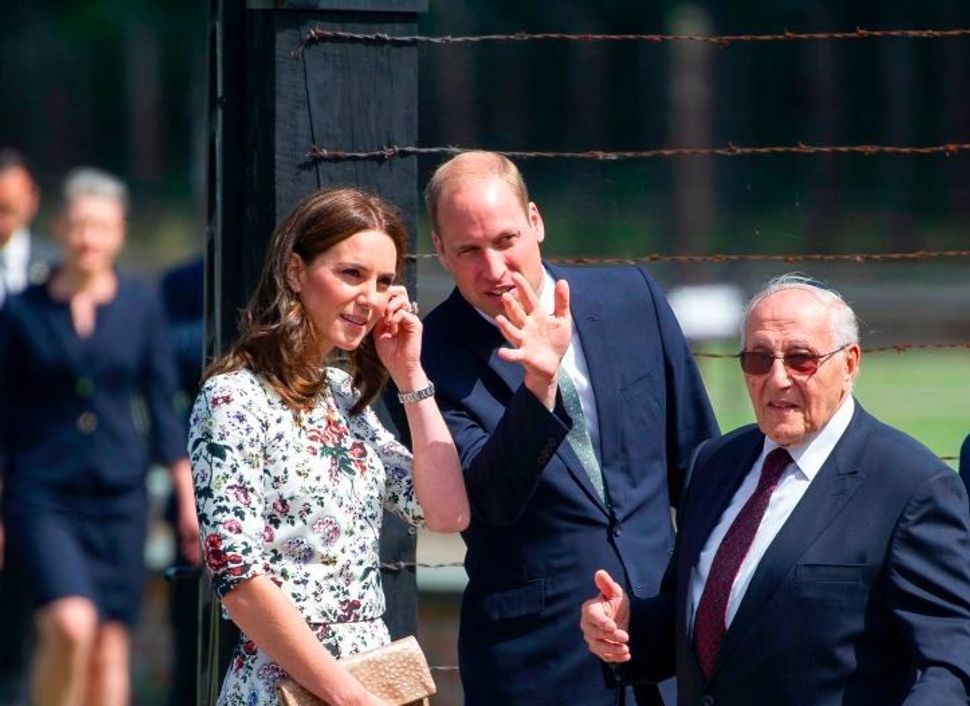 Britain’s Prince William and his wife Kate visited a former Nazi concentration camp in Poland on Tuesday where they heard the personal accounts of Holocaust survivors.

The royal couple toured Stutthof concentration camp, which was the first camp built in Poland by Nazi Germany in 1939. They visited the on-site museum, viewing exhibits depicting the living conditions at Stutthof, including a glass case holding thousands of pairs of shoes which belonged to former prisoners.

William, second in line to the throne, and Kate also spoke with several Holocaust survivors who shared stories of their time as prisoners at Stutthof. The couple then visited the camp’s Star of David Memorial.

Stuthoff was one of the last Nazi concentration camps to be liberated in 1945. More than 85,000 people died there.

The couple, who are accompanied on the trip by their children, Prince George, who turns four this month, and two-year-old Princess Charlotte, later attended a street party thrown in their honor in Gdansk Market Square, where they were offered traditional food and drink.

Thousands of residents and street performers lined the roads to catch a glimpse of the royal couple.

The couple were also to visit a museum in Gdansk commemorating the Solidarity movement which shook communist rule in the 1980s.—Reuters