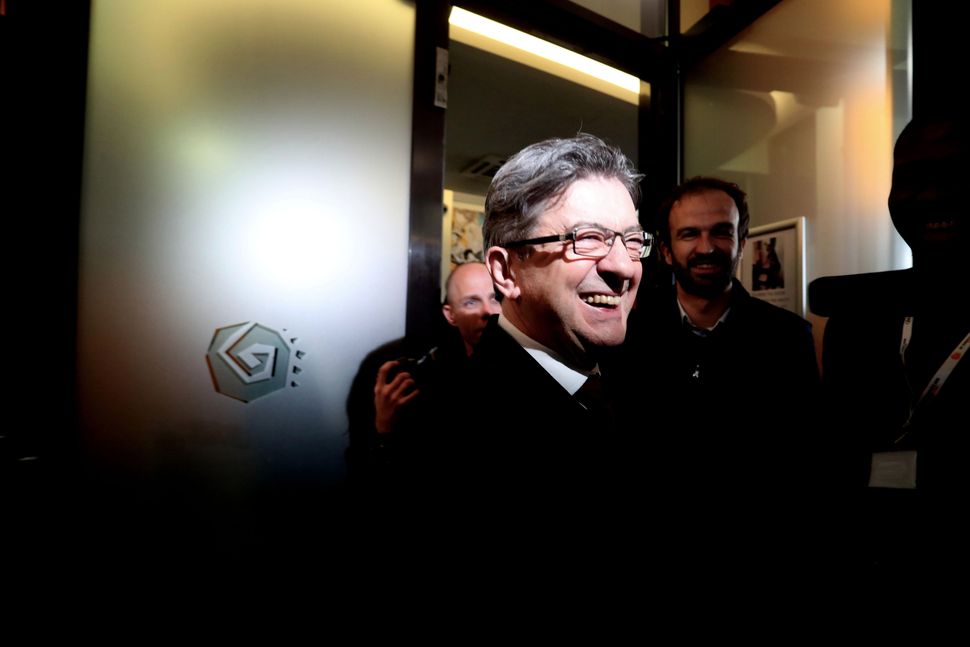 Leftist French leader Jean Luc Mélenchon has said France bears no responsibility for the actions of the pro-Nazi Vichy government during the Holocaust, according to Haaretz — echoing the remarks of far right wing leader Marine le Pen.

“Never, at any moment,” he wrote, “did the French choose murder and anti-Semitic criminality. Those who were not Jewish were not all, and as French people, guilty of the crime that was carried out at the time!” The legitimate French government, Mélenchon said, was in exile in London.

His comments came on the anniversary of Vel d’Hiv, which refers to the Velodrome d’Hiver stadium where around 13,000 Jews were imprisoned before being turned over to the Nazis.

Mélenchon also took issue with Macron’s decision to explicitly link anti-Zionism with anti-Semitism, which is a crime in France.