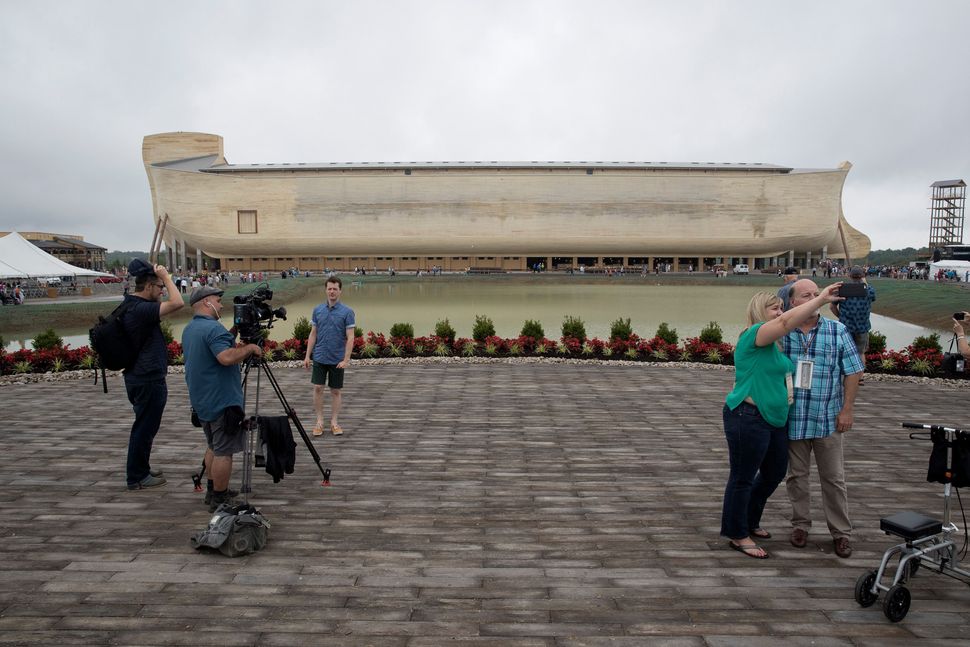 The Noah’s ark replica at the Ark Encounter museum, which is the size of a fifty-story building, in Williamstown, Kentucky. Image by Getty

Noah’s Ark was used to save the world’s animals from perishing in a flood. Its to-size replica, opened in 2016, may be used to save its parent organization from paying taxes.

Ark Encounter, a museum with a life-size replica of the biblical Noah’s Ark, is engaged in an escalating dispute with the city council of Williamstown, Kent., where the museum is located, the Lexington Herald-Leader reported. Ark Encounter, which had been listed as a for-profit organization since its creation in 2011, recently sold the land on which the massive ark is placed to Answers in Genesis, Inc., the Creationist Christian not-for-profit that created Ark Encounter. In June the museum attempted to claim a religious exemption on a small tax aimed at upgrading the city’s emergency services.

Some Williamstown officials are worried that Ark Encounter will soon declare itself exempt from all taxes.

“I believe this is the first step,” Williamstown city councilman Kim Crupper told the Herald-Leader. “The impact would be far larger than just Williamstown.”

The museum attracted controversy a year ago after the AP reported that prospective employees at the attraction had to sign a statement of Christian faith and “profess Christ as their savior.”