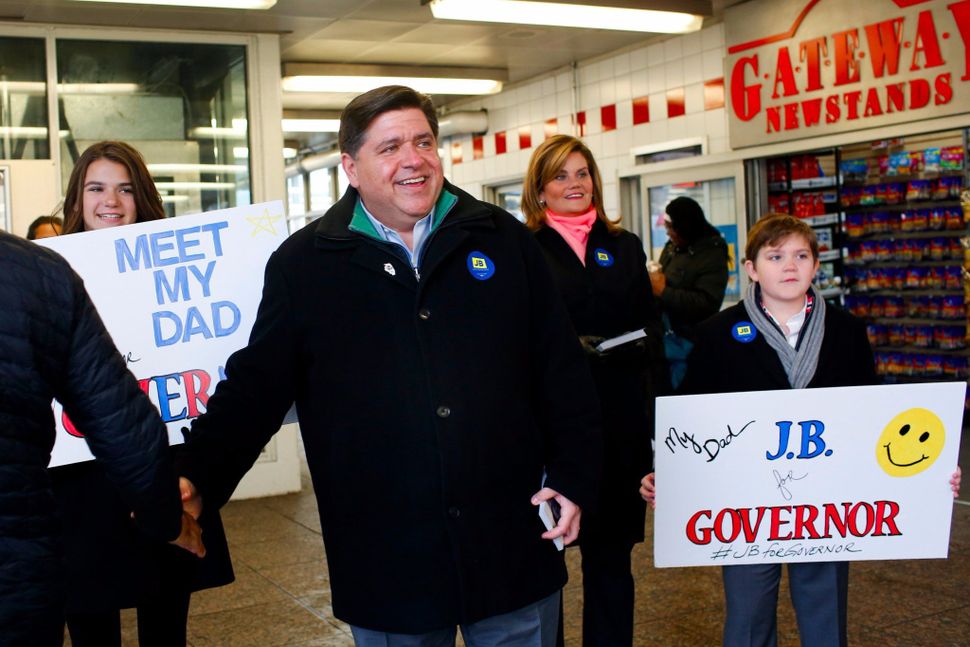 In what is already shaping up to be the most expensive gubernatorial race in Illinois’ history, two billionaires are pouring in millions from their own pockets, leaving competitors far behind.

According to second quarter funding reports, Democrat J.B. Pritzker has invested $14 million in self-funding, giving himself a significant advantage over his rivals in the crowded Democratic primary race.

Pritzker, an heir to the owners of the Hyatt hotel chain who has made his own fortune as a venture capitalist, is a well known figure in the Chicago political scene. The Pritzker family members are top donors to Democratic campaigns on the local and national levels. J.B. Pritzker served as Hillary Clinton’s national co-chair in 2008 and his sister Penny served as commerce secretary in the Obama administration.

The other Jewish candidate in the Democratic gubernatorial race, Daniel Biss, came in second in the fundraising race, with only $1 million raised during this quarter.

On the Republican side, sitting governor and fellow billionaire Bruce Rauner managed to raise $20 million in the second quarter, and, since he is not in a primary race, Rauner does not have to spend yet any of his $67 million war chest. Most of Rauner’s campaign is also self-funded.