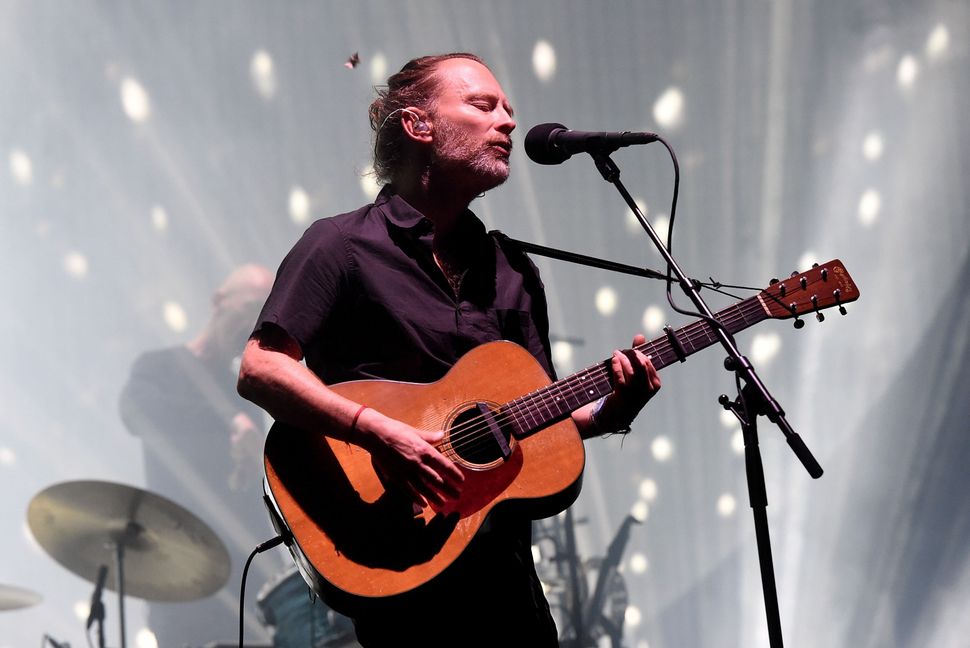 Radiohead performing at the Coachella music festival in April. Image by Getty

Many pro-boycotts, divestments and sanctions activists met the rock band Radiohead’s arrival in Tel Aviv on Wednesday with protests. Michael Greilsammer, a noted Israeli violinist, welcomed the band with a passionate cover of one of their songs.

In a video posted earlier this week, Greilsammer plays Radiohead’s classic hit “No Surprises.” The song is from Radiohead’s 1997 breakthrough album “OK Computer” — a record Greilsammer credits with changing the way he thought about music.

“I’m closing a circle with this song, album and band that changed my life,” Greilsammer told the Times of Israel.

“Radiohead didn’t just change me, it changed the way a lot of people thought about music,” he added.