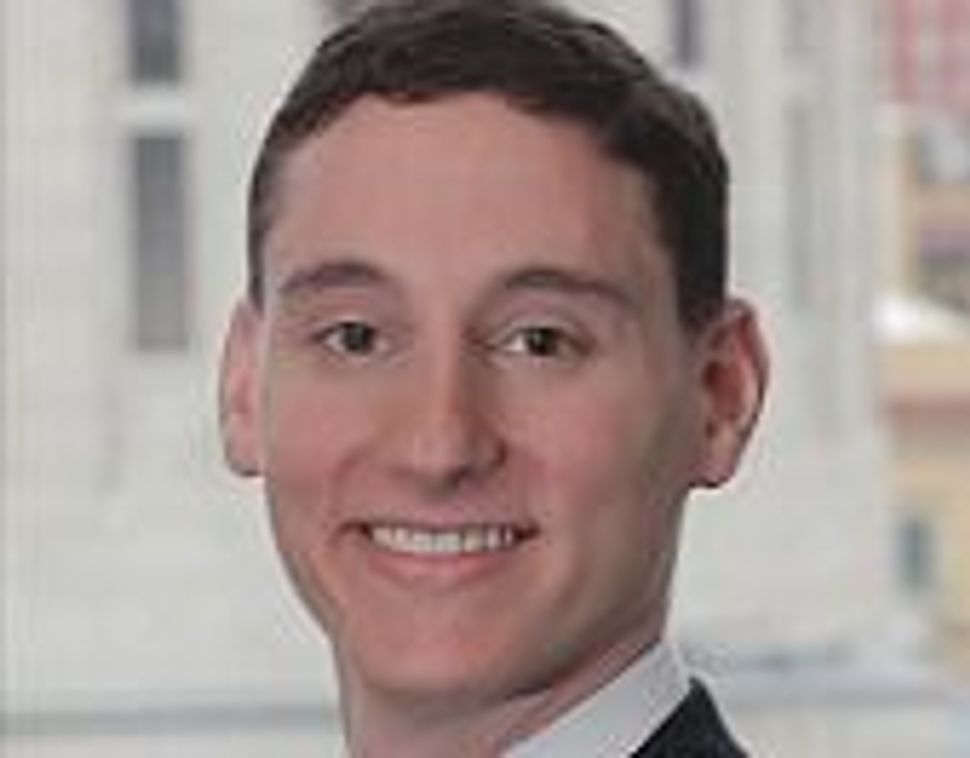 WASHINGTON (JTA) — Josh Mandel, the Ohio state treasurer who is running for the Republican nomination for U.S. senator, expressed solidarity with figures listed by the Anti-Defamation League as having a “hateful impact” on the political scene.

Attached to his tweet was a tweet by Mike Cernovich, a blogger on the ADL list, with a link to an article by Cernovich claiming the ADL wanted him killed, although it cited no evidence.

“The ADL is trying to get people they disagree with murdered,” Cernovich wrote, without explaining how the century-old civil rights institution was plotting assassinations.

The ADL in a post this week listed Cernovich and Jack Posobiec as among the “alt-lite” — abjuring the white supremacy of the alt-right, “but whose hateful impact is more significant than their ‘lite’ name suggests.” It noted the conspiracy theories peddled by the alt-lite, and its anti-feminist and anti-Muslim fervor.

In Cernovich’s case, the ADL said he “is known for his promotion of the ‘Pizzagate’ conspiracy theory, which propagated outrageous claims about child trafficking and culminated in Edgar Welch firing an AR-15 as he entered D.C.’s Comet Ping Pong pizzeria.”

Mandel lost in his 2012 bid to unseat the incumbent Democrat in Ohio, Sherrod Brown. This time he has embraced the rhetoric and style of President Trump, although he had distanced himself from Trump during the president’s campaign last year.

Mandel did not reply to requests for elaboration on Twitter posed by JTA and other media outlets.