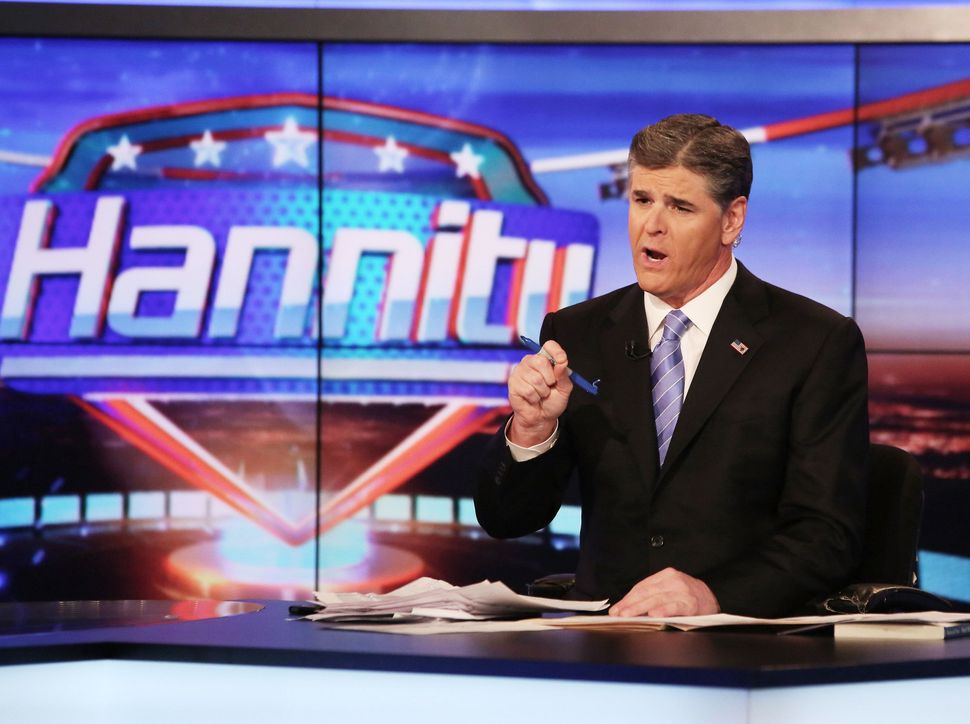 Sean Hannity will skip a prestigious right-wing media award ceremony amid growing backlash to his obsession with conspiracy theories swirling around the 2016 murder of Democratic staffer Seth Rich.

According to CNN, Hannity will not be at the conservative Media Research Center’s September gala to receive the William F. Buckley Award for Media Excellence in person.

There has been growing outrage at Hannity’s continued “investigation” into the murder of Rich, the DNC staffer who was shot dead outside his home in Washington, D.C., in July 2016. Hannity has lost both supporters and corporate sponsors.

When Hannity was announced as the honoree at the MRC’s gala, many conservative pundits and writers reacted harshly to the decision.

“If we have reached the point where rank-and-file conservatives see nothing amiss with giving Hannity an award named for Buckley, then surely there’s a Milton Friedman Prize awaiting Steve Bannon for his insights on free trade,” Bret Stephens wrote in an op-ed for the New York Times.