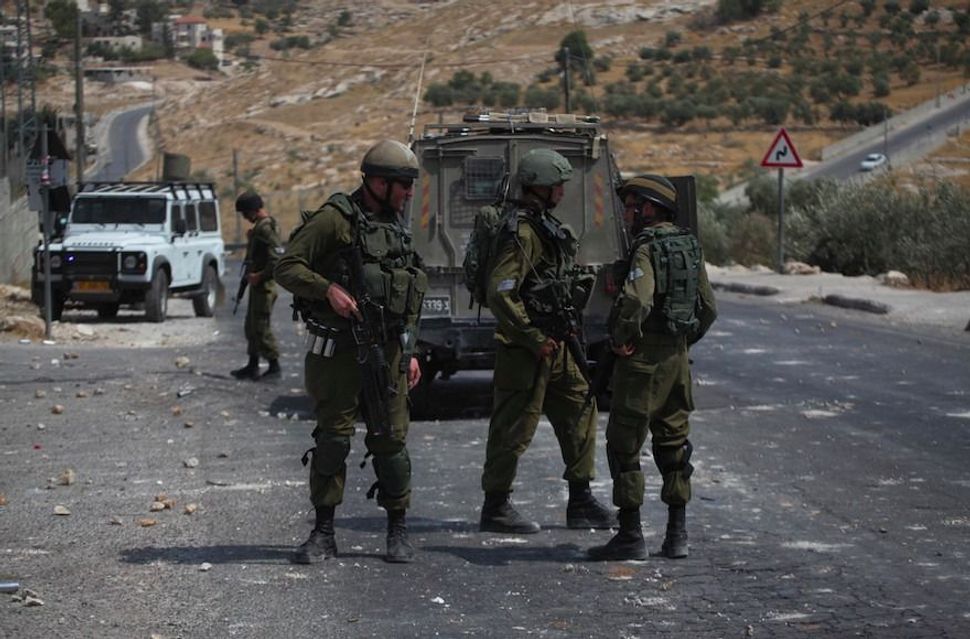 (JTA) — Two Israelis were reportedly killed and one wounded in a stabbing attack in a West Bank settlement north of Ramallah.

Two men, in their 40s and 60s, and a woman in her 40s reportedly died of their wounds, while a woman in her 60s was seriously injured in the stabbing attack in the Halamish settlement, according to The Times of Israel.

The attacker was reportedly shot, according to Israeli media reports.

The attack follows clashes between Palestinians and Israeli security forces over the Israeli government’s decision to keep in place indefinitely metal detectors at the entrance to the Temple Mount.

Three Palestinians were reportedly killed Friday in clashes between rioters and police in Jerusalem and the West Bank. Some 42 people were wounded in clashes Thursday night between security forces and Palestinian protesters, who rioted during rallies against the introduction of metal detectors last week, Army Radio reported.

The metal detectors were placed at the entrance to the Temple Mount compound, which contains the Haram al Sharif area that is holy to Muslims, after three Arab-Israeli terrorists killed two police officers near the mosque on July 14. The gunmen were shot dead by troops who pursued them.