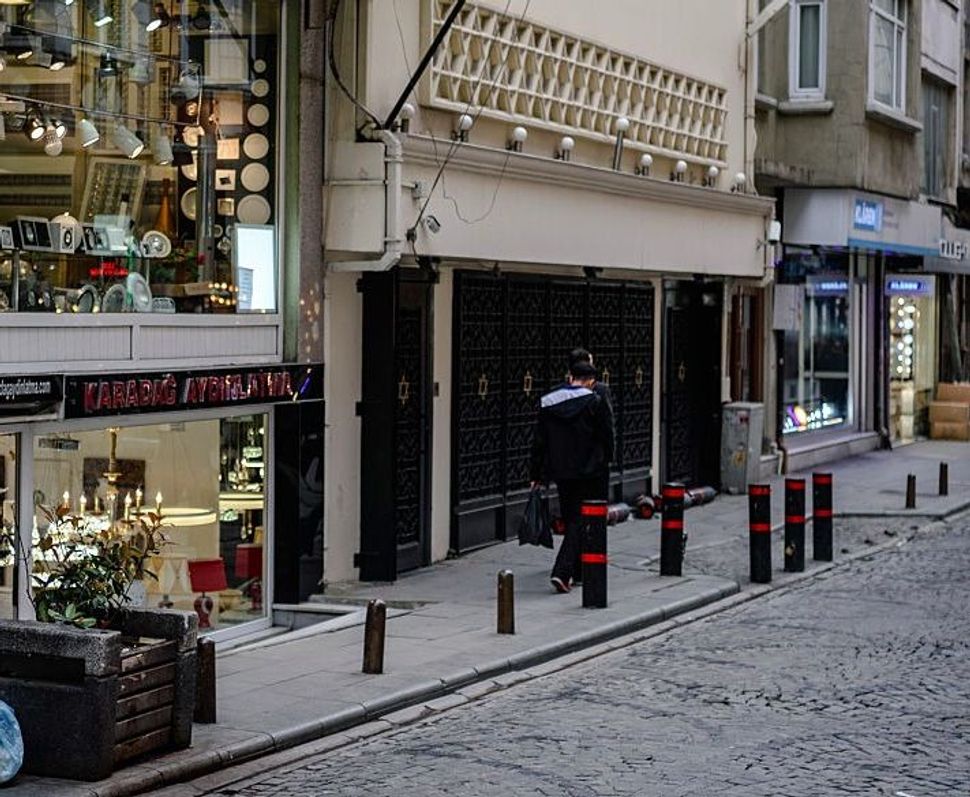 (JTA) — For the second time in less than a week, protesters demonstrated against Israel outside a synagogue in Istanbul.

The latest incident reported in the Turkish media occurred on Saturday outside the Ahrida Synagogue on the European side of the Turkish capital, in the north of the neighborhood of Fatih, which is a stronghold of the Muslim Brotherhood and other Islamist movements in Turkey.

On Thursday, protesters showed up at the Neve Shalom synagogue on Istanbul, where they kicked the front door and hurled objects at it. Leaders of Turkish Jews condemned the targeting of synagogues to protest Israel’s actions. Following a deadly terrorist attack against Israel police officers near the Al Aqsa mosque in Jerusalem, Israel temporarily limited access to the holy site for men under 50 and placed metal detectors at the entrance to it.

Responding to the Turkish Jewish Community’s protests, Turkish Prime Minister Binali Yıldırım on Sunday said in a statement to the media that, while “limiting Muslims’ access to Al Aqsa mosque for whatever reason is an unacceptable mistake that Turkey expects Israel to undo immediately,” the Turkish government “does not agree with actions actions outside places of worship of Jewish citizens.”