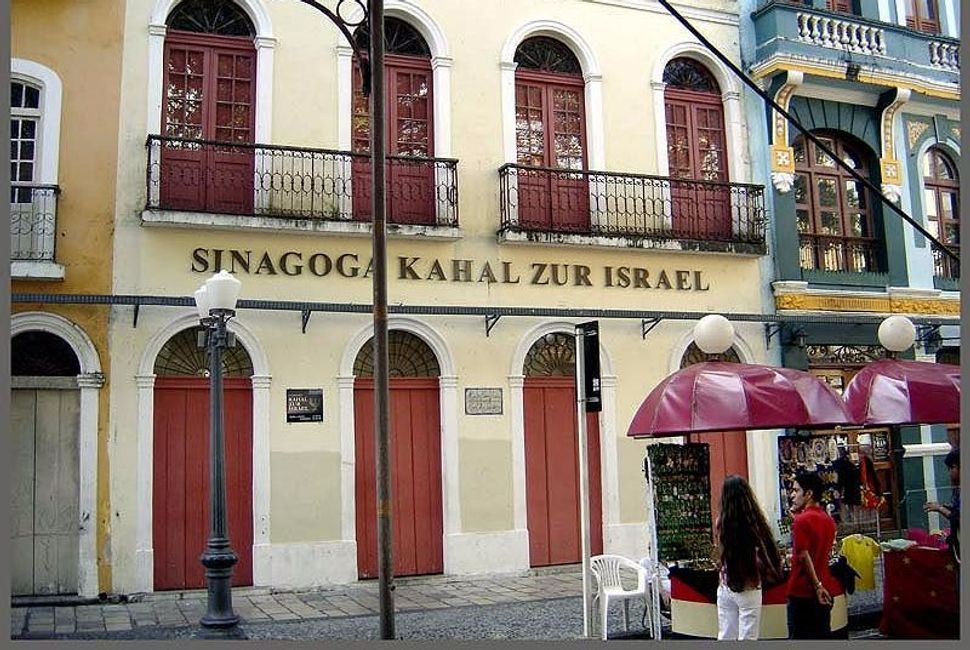 The synagogue is the only non-Christian temple to join the “Sacred Recife” project, which includes another seven churches, chapels and basilicas in the city of Recife, located in Brazil’s northeastern corner. Since 2014, the initiative has drawn some 72,000 visitors. The Jewish temple will now count on bilingual tour guides to introduce a piece of Jewish history to visitors.

“This invitation represents the perception of our synagogue as an important cultural and historical asset in both national and international scenarios, as well as the recognition of the relevant role that our Jewish community from ancient times plays in the life of the general society where it is immersed,” Sonia Sette, president of the Pernambuco Jewish Federation, told JTA.

In 1637, Jews built the Kahal Zur Israel synagogue in Recife, which was closed by the Portuguese when the Dutch were expelled in 1654. It was re-opened in 2002 and now stands as the oldest existing synagogue in the Americas, housing a Jewish cultural center and museum.