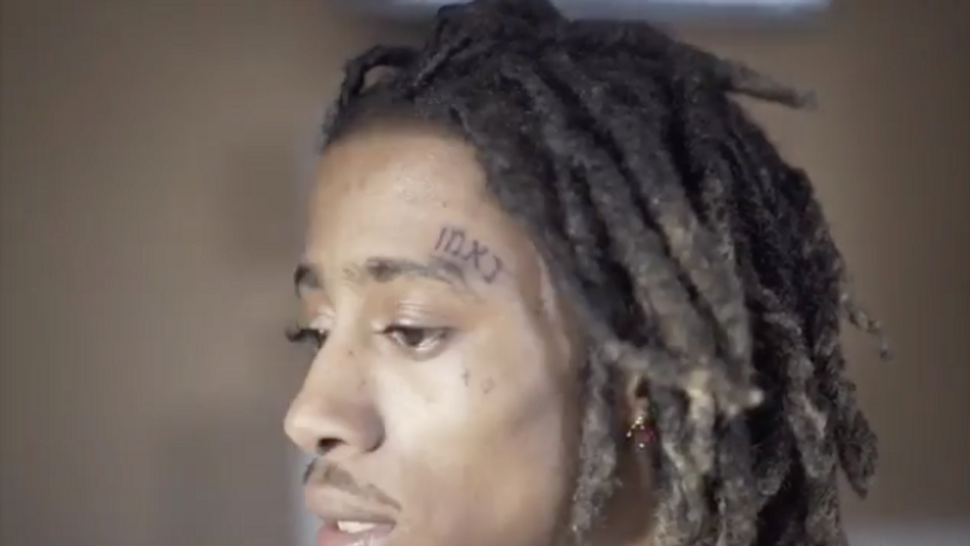 Over the weekend, the 24-year-old rapper Lil Twist posted a video of himself getting three in-home tattoos — including the Hebrew word “ne’eman,” meaning “loyal,” stenciled above his left eyebrow.

The tattoo artist can be seen looking up the Hebrew spelling of “loyal” on Google in the video.

Lil Twist recently served a short sting in prison for his assault on former Nickelodeon star Chris Massey in 2014.

On social media, Lil Twist revealed little about what inspired the Hebrew tattoo. The hip-hop site XXL speculated that Lil Twist’s tattoo was “perhaps in homage” to his musical mentor Lil Wayne.

But Twist’s Instagram account shows little spiritual or religious activity, one exception being a pair of photos where he is sitting in a cross-legged meditation pose.