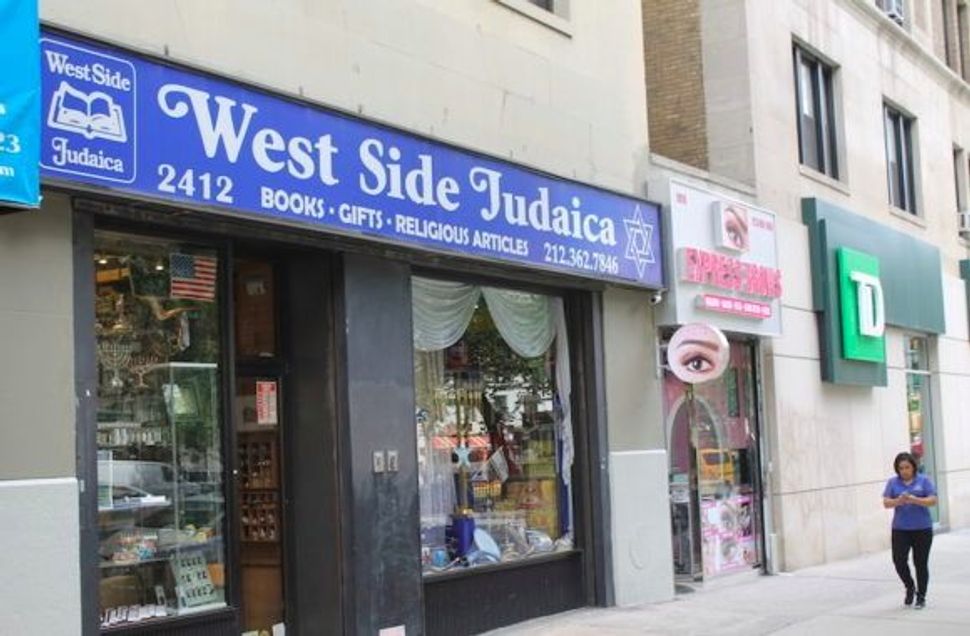 NEW YORK (JTA) —  Yaakov Seltzer remembers a different world, when he would sell his customers prayer books, then hand them an invitation to his daughter’s wedding.

When they would come in to Seltzer’s store to order a kippah for their new grandson, then ask him to attend the bris.

Or they would stop in on a Friday afternoon with nothing to buy, just to wish him a good Shabbat.

But though the Upper West Side of Manhattan is still heavily Jewish, the world Seltzer longs for has disappeared. And soon, so will his store, West Side Judaica, which Seltzer plans to close sometime next year.

When it shutters, after 83 years in operation, only one Jewish bookstore, J. Levine Books and Judaica, will remain in all of Manhattan.

“I miss the people I used to have come into the store every week,” Seltzer said. “The new generation doesn’t support us. They don’t know us personally because they use online [stores]. They don’t feel obligated.”

Seltzer made the decision to close after an automatic rent increase in his lease kicked in three months ago. He said the rent, combined with declining sales due to competition from online retailers, made the business unprofitable.

For the first time in memory, Seltzer said, last week the store had a day with less than $1,000 in revenue — barely enough to make the new rent of $24,000 a month. He said he hasn’t taken home a salary in three months.

“It’s an online world,” Seltzer said. “There’s no way I can pay $24,000 a month in rent and compete with someone online who’s selling without any of my expenses.”