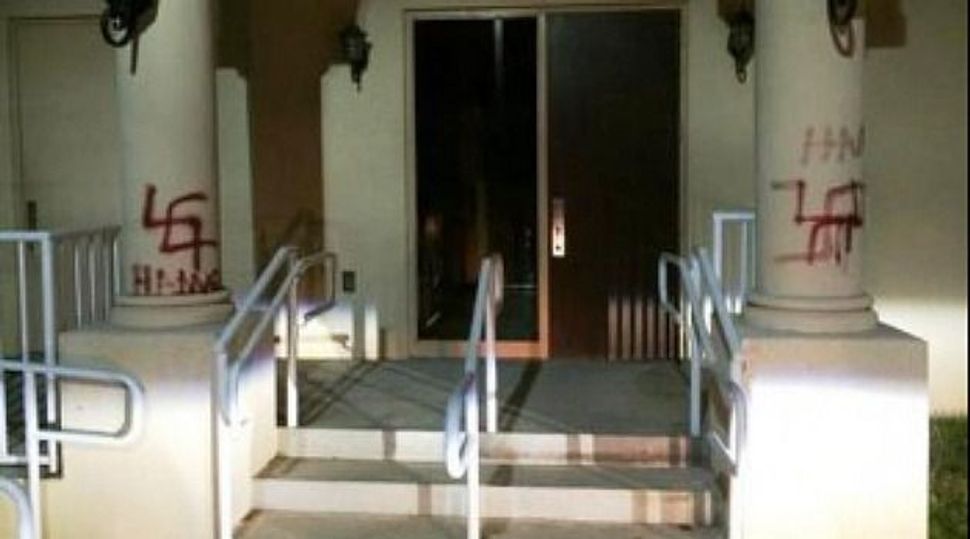 The New York Police Department is looking for vandals who scrawled swastikas and anti-gay graffiti on rocks and trees in Queens’ Forest Park after the graffiti was discovered on Sunday.

“The graffiti was discovered by Parks staff on Sunday evening, and was promptly painted over,” a spokeswoman for the New York City Parks Department told DNAInfo. The site of the graffiti was located at 112th Street and Park Lane South, and the incident is apparently being investigated as a hate crime.

Since the November election, New York City has a marked spike in bias incidents, with the police noting an increase of a third in hate crimes directed against Jews and Muslims. Graffiti targeting Jews has appeared in parks, buildings, subway stations and phone booths across New York. Gov. Andrew Cuomo has formed a new state task force on hate crimes to fight the wave of bias incidents.