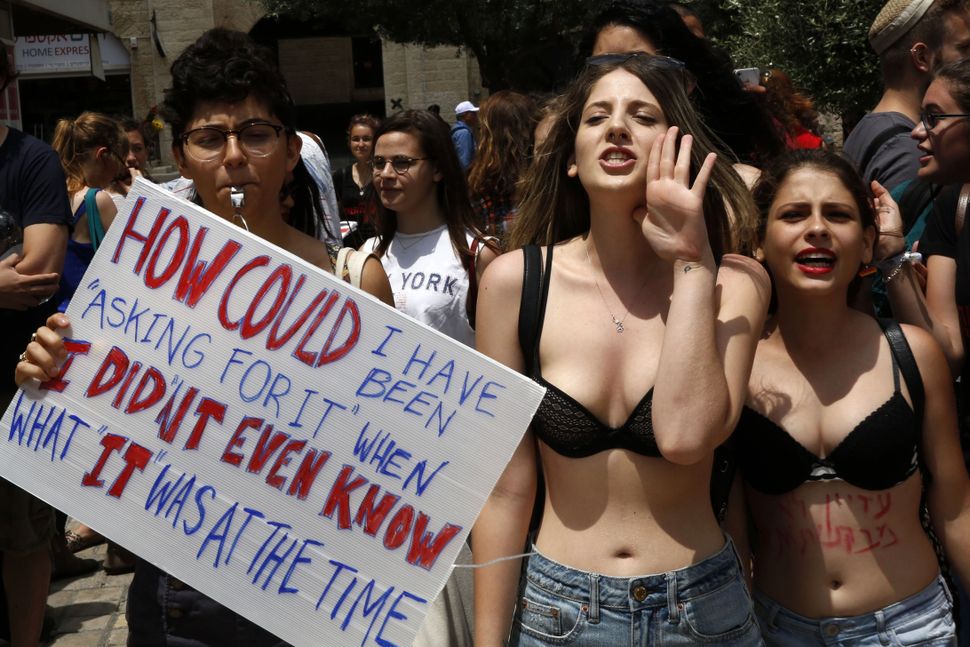 After being condemned for promising to ban “Zionist symbols,” the Chicago SlutWalk is now saying that its early August event will be inclusive of all who want to fight sexism and sexual assault.

“We are not banning any symbols or any kind of ethnic or heritage flags,” organizer Red S. told Haaretz, after consulting with other people in charge of the march. “Those are welcome, everyone is welcome to express themselves as they see fit at SlutWalk.”

“We have some apologizing to do,” adding that the impetus for the “Zionist symbols” ban was a tweet from the SlutWalk’s social media team, which she said had not consulted others before sending out that post.

The Chicago SlutWalk had raised hackles for tweeting out plans to ban Zionist and Jewish iconography, including the Star of David, which it said it wanted to do in solidarity with the Chicago Dyke March, which expelled three Jewish marchers who were waving Star of David flags last month.

The Chicago event is one of many “slut walks” that occur around the world to advance feminist ideas of gender equality and consensual sex. Jerusalem and Tel Aviv have been host to their own slut walks.