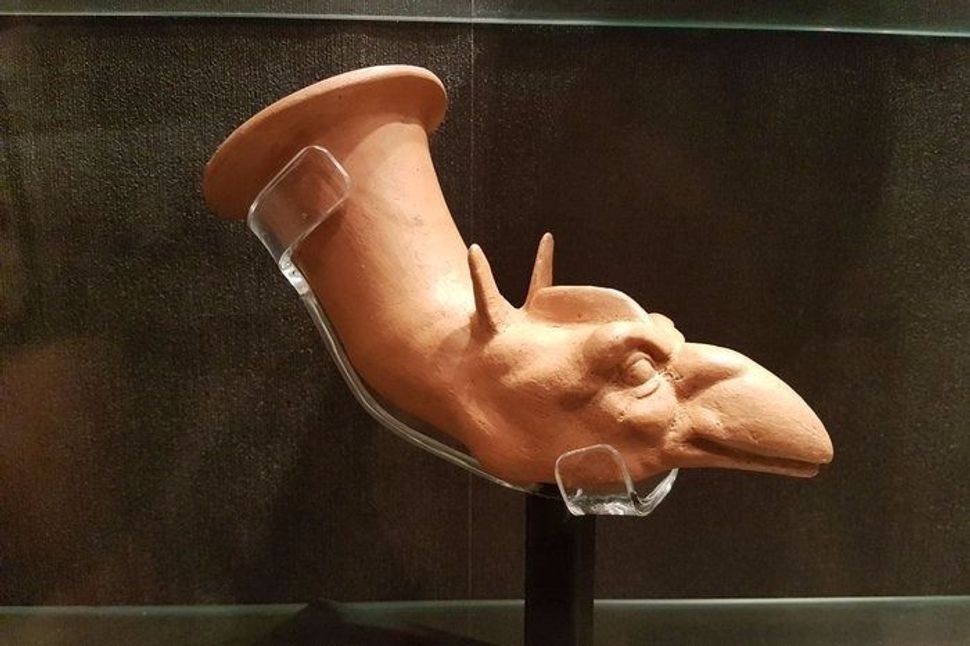 One of the items recovered during a raid made on antiquities dealers in Jerusalem. Image by Israeli Police

Israeli police said they seized papyrus fragments from the Egyptian Book of the Dead, a bust of an Etruscan woman, and a fresco from Pompeii, along with two black Audis and around $200,000.

It was just a few weeks ago that Hobby Lobby was forced to return forced to return illegally-gotten artifacts smuggled out of Iraq and through Israel to the United States. The company also agreed to pay a $3 million fine. As of now, no criminal charges have been brought against any Hobby Lobby employees or owners involved in the smuggling.

Some experts on the Israeli antiquities market say that the arrests augur a further tightening on regulatory loopholes.

“This looks to me like the beginning of the end of the legal business in Israel,” David Hendin, a biblical coin expert, told NPR. “It’s the biggest step yet in the shutting down of what’s left of the legal trade.”