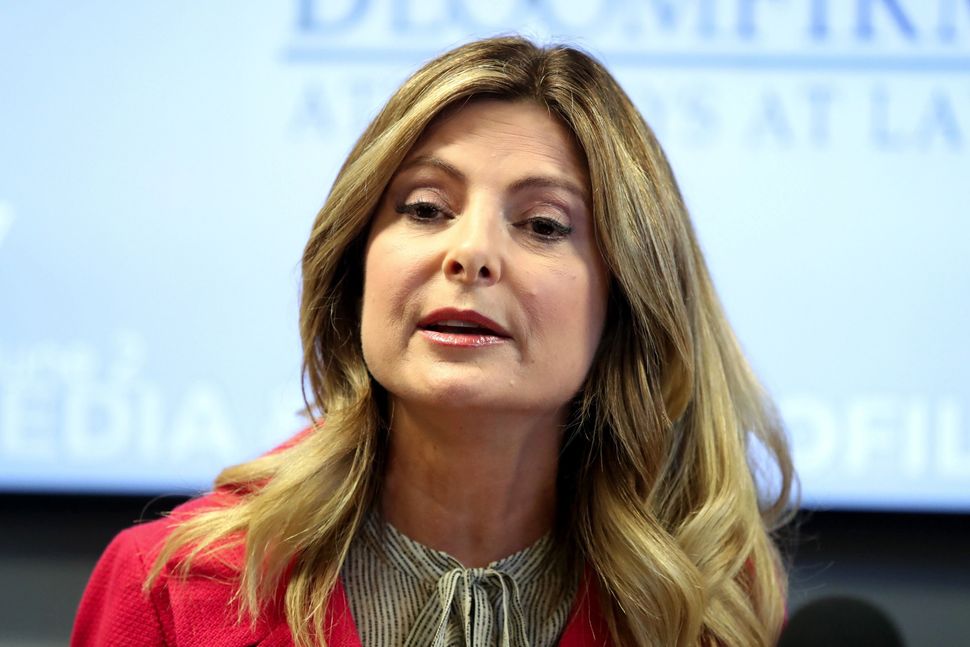 “Trump is exactly the white supremacist he showed himself to be during the campaign,” Lisa Bloom, a prominent Los Angeles civil rights attorney, wrote on Twitter. 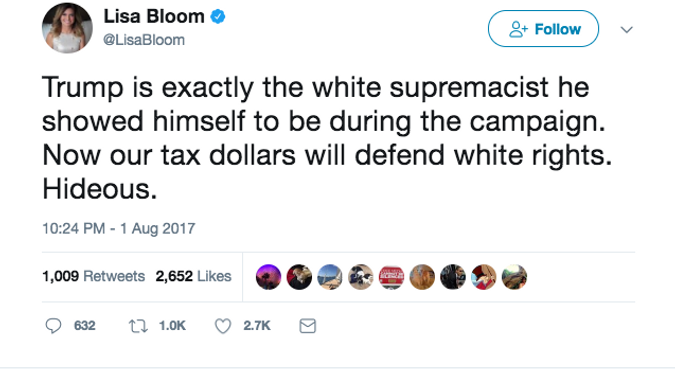 Some on Twitter questioned the characterization of the president as a white supremacist, including avowed white nationalist and former Klu Klux Klan head David Duke — who described Bloom as a “Jewish Supremacist,” playing into his belief that Jews are seeking to cast whites aside in their quest for world dominance. 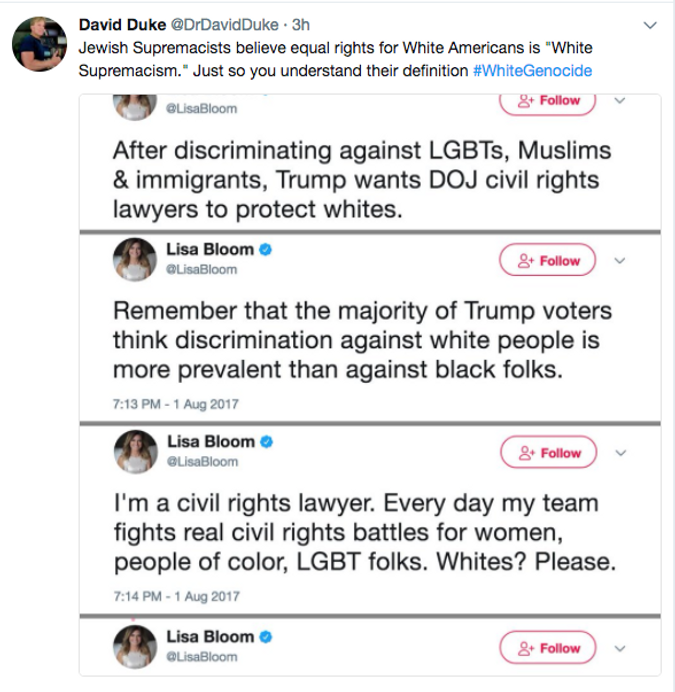 Bloom is the daughter of Gloria Allred, another prominent lawyer who has repeatedly faced off with Trump. Bloom made headlines when she represented women in a lawsuit against former Fox News talking head Bill O’Reilly. W Magazine dubbed the mother-and-daughter team the “Defenders of Women in 2017.”