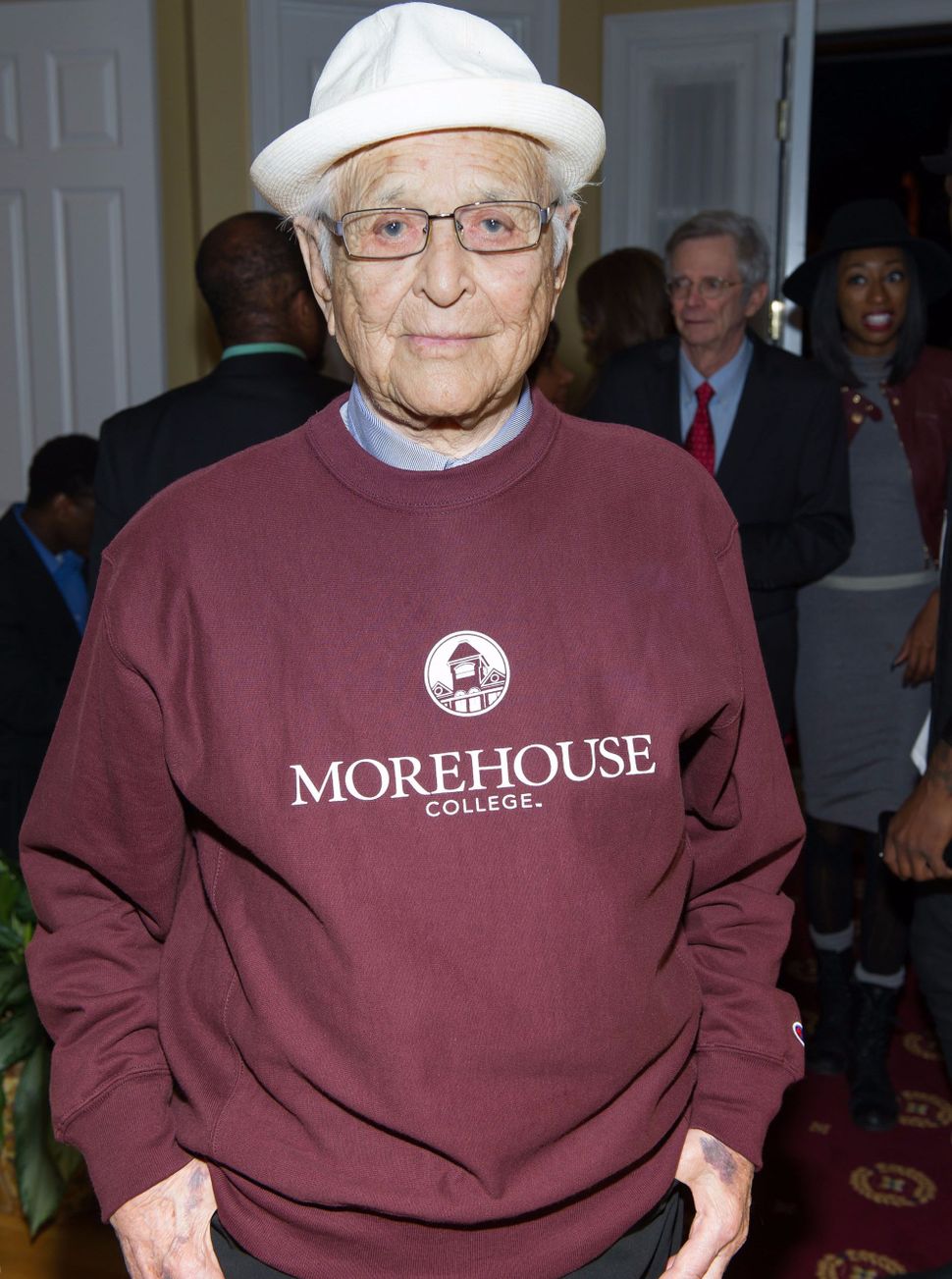 Norman Lear, creator of “All in the Family,” has some choice words for Donald Trump. Image by Getty Images

Legendary TV producer Norman Lear announced Friday that he will not attend a White House reception for this year’s winners of the Kennedy Center Honors in protest of President Trump.

Lear told the New York Times on Thursday that Trump “has chosen to neglect totally the arts and humanities — deliberately defund them — and that doesn’t rest pleasantly with me.”

The 95-year-old clarified on Twitter that he would still attend the concert gala at the Kennedy Center itself, just not the White House ceremony preceding it.

“I could never turn my back on the [Kennedy Center],” he tweeted. “It represents the Arts and Humanities which mean everything to me. Of course, I’m accepting the honors. What I’m not accepting is the @WhiteHouse reception with @realDonaldTrump.”

Awardees traditionally sit with the president and the first lady in the Kennedy Center Opera House’s Presidential Box during the main event.

Lear is best known for creating and producing groundbreaking, socially-conscious sitcoms like “All in the Family,” “The Jeffersons,” “Maude” and “One Day At A Time.” He is also a longtime advocate for liberal causes, founding the organization People for the American Way in 1981.

The other awardees this year are singers Gloria Estefan and Lionel Richie, rapper LL Cool J and dancer/choreographer Carmen de Lavallade. Estefan, who was born in Cuba, told the Times that she would attend the reception, but would use the opportunity to talk to Trump about the contributions of immigrants like herself.