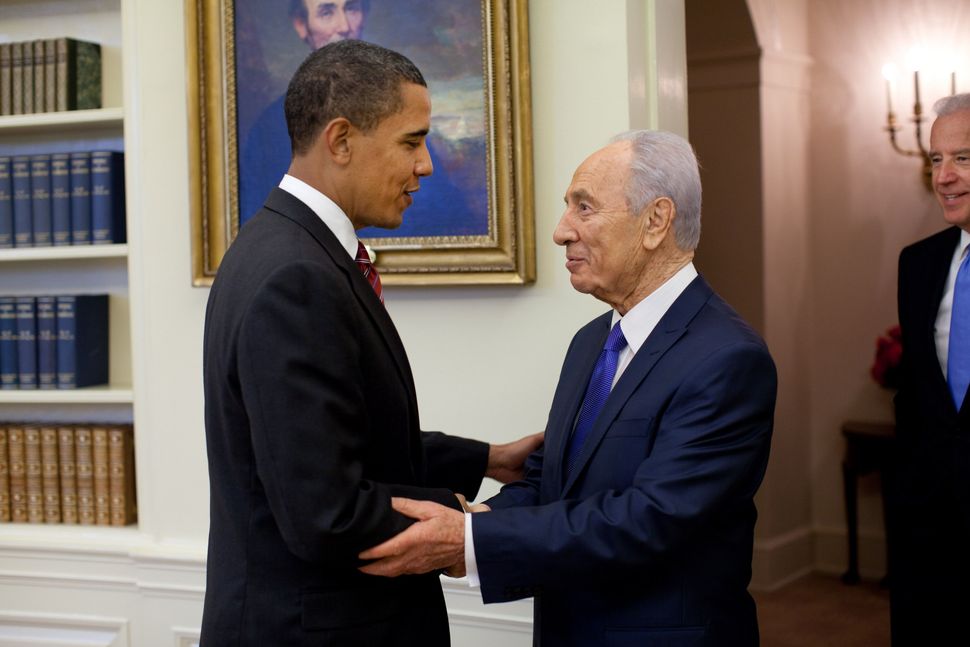 Former president Barack Obama will appear in an upcoming documentary about the life of former Israeli prime minister and president Shimon Peres.

“Never Stop Dreaming: The Life and Legacy of Shimon Peres” is being directed by Academy Award-winning filmmaker Richard Trank for Moriah Films, the filmmaking unit of the Simon Wiesenthal Center. Trank told The Hollywood Reporter on Wednesday that Peres himself had asked the center to create a documentary about his life before he died in September.

Production began in January 2016, and the filmmakers were able to capture 60 hours of interviews before Peres’s death.

Trank and SWC director Marvin Hier met with Obama in mid-July to talk about his relationship with the Israeli leader. “The president said he was so honored to do this, and we were so honored to be sitting there with him,” Hier said. “It was a great experience.”

(Hier claimed earlier this year that Obama’s decision not to veto an anti-Israel United Nations resolution was the most anti-Semitic event of 2016.)

Other notable figures slated to appear in the documentary include Benjamin Netanyahu, Bill Clinton, Tony Blair and Barbra Streisand.