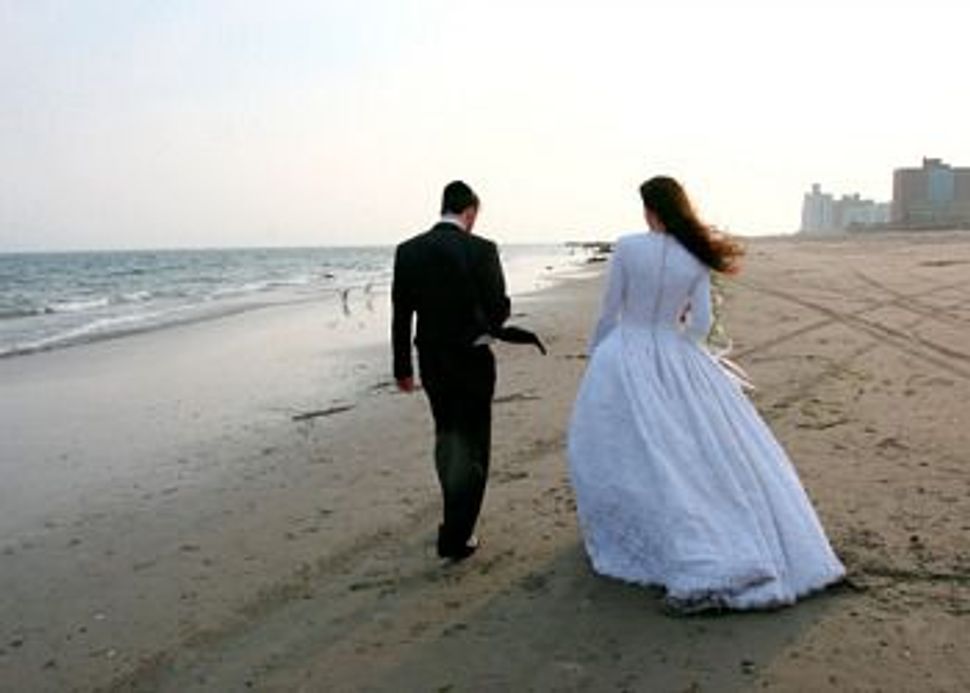 JERUSALEM (JTA) — In honor of the “Jewish day of love,” Tu B’Av, the Tzohar Rabbinical Organization reports that there is increasing public interest in its halachic prenuptial agreement.

The Heskem B’Ahava, or Agreement of Love, was introduced in 2015 in order to prevent legal and halachic, or Jewish legal obstacles in the event of the dissolution of a marriage.

Nearly 2,000 couples have signed the Agreement of Love contract before their weddings since its launch, with many more inquiring about it in recent months.

Tzohar hopes to make the agreement standard practice ahead of all Jewish weddings in the hopes of avoiding such issues as agunot, or trapped wives. The agreement was drafted by both rabbinical and legal scholars to address cases of “get refusal” where one spouse refuses to allow the other to be removed from the marriage, often demanding large sums of money or child custody in exchange for allowing the spouse out of the marriage.

“Every couple who goes under the chuppah deserves to play a part in addressing the growing problem of people trapped by their spouses because of the absence of these types of agreements,” said Rabbi Uri Ganzel, director of the Heskem B’Ahava (Agreement of Love) Program, in a statement.  “So by signing on, a couple is able to help make this process more mainstream and combat that trend with the hope that it will one day be completely eradicated from our society.”