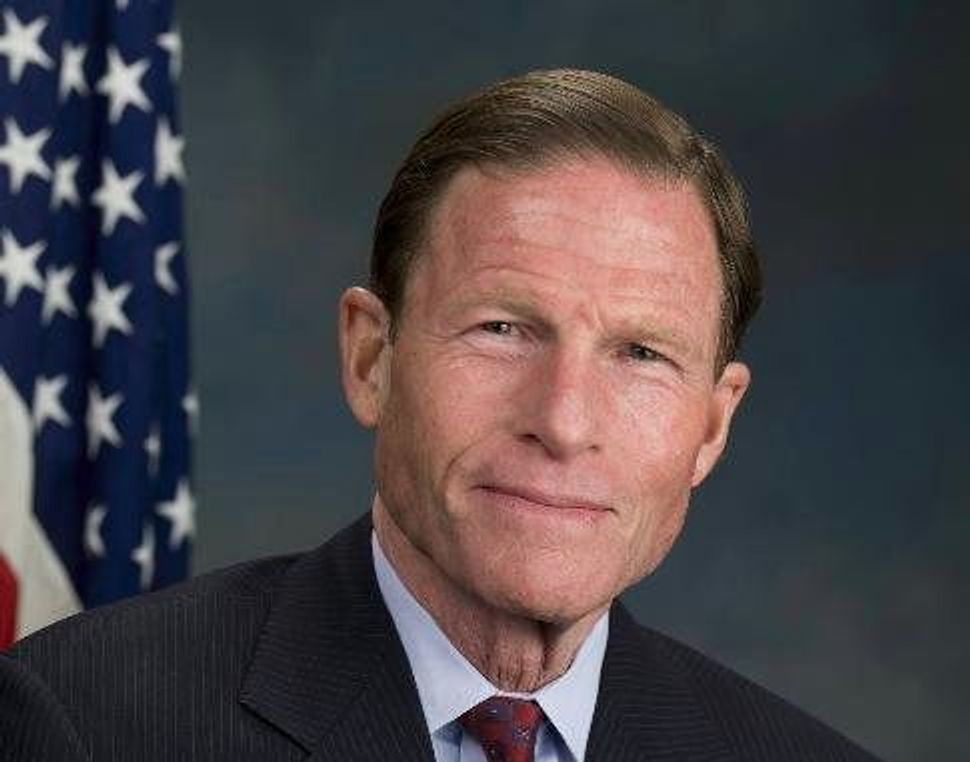 “Interesting to watch Senator Richard Blumenthal of Connecticut talking about hoax Russian collusion when he was a phony Vietnam con artist!” Trump tweeted early in the morning.

Trump was referring to Blumenthal’s first Senate race, when he was caught stating that he had served in Vietnam, whereas in reality he was in a reserve Marines unit based in Connecticut and Washington, D.C.. Blumenthal later acknowledged he had “misspoken” about his military service and expressed his regret.

For those of his 35 million Twitter followers not aware of the story, Trump went on to detail Blumenthal’s wrongdoings: “Never in U.S. history has anyone lied or defrauded voters like Senator Richard Blumenthal. He told stories about his Vietnam battles and….conquests, how brave he was, and it was all a lie. He cried like a baby and begged for forgiveness like a child. Now he judges collusion?”