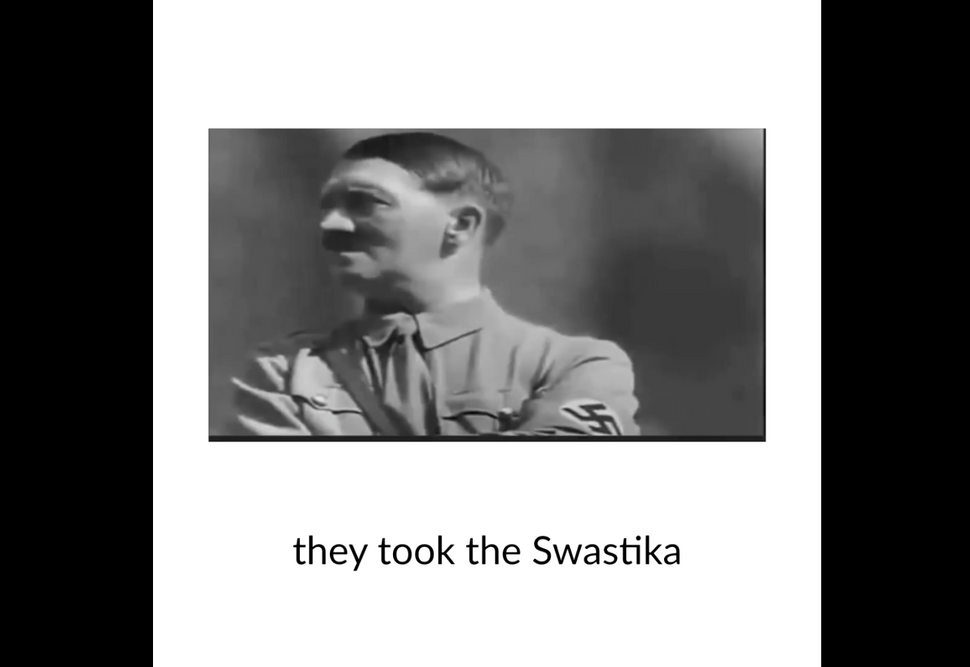 A T-shirt design company has come under fire this week for creating -— and then defending —- clothing items that make use of the swastika symbol. As the company, KA Design, showed in this video, it wanted to make “the new swastika” so as to rid the symbol of its association with Nazism.

“They took the swastika,” the video says of Nazis. “They stigmatized the swastika.” The video says that the symbol is nearly 5,000 years old, and traditionally stood for peace, luck and love, among other things.

The video culminates in the company introducing “the new swastika”: the same (Nazi) symbol, but in a rainbow color.

Though KA Design has stood behind its rejuvenated swastika, the online T-shirt retailer carrying the designs removed the item from its site.