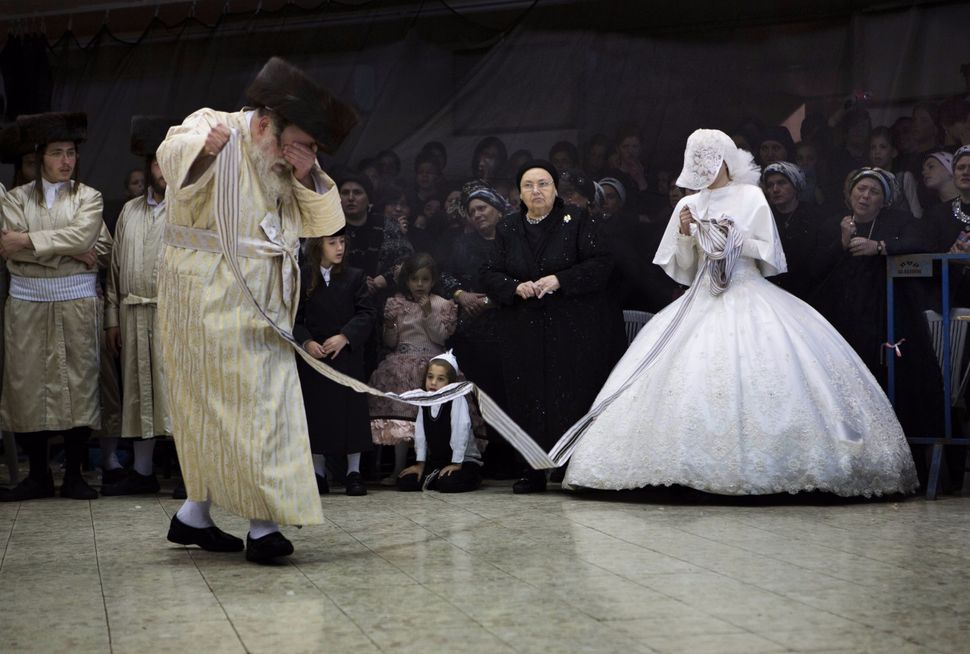 A bride and her grandfather dance at an ultra-Orthodox wedding in Jerusalem in 2012. Image by Getty

The grand rabbi, or “rebbe,” of the Boyan sect of ultra-Orthodox Jews is offering $4,000 to anyone who suggests a successful match between “older singles” in their community, the Israeli news site Arutz Sheva reported Wednesday.

The rebbe of the Belz Hasidic sect, which numbers over 7,000 families across the world, recently adopted a $1,000 finder’s fee for matches of “older singles” as well. The Skver sect, in the U.S., gives $3,000 for similar matches.

The Boyan rebbe, Rabbi Nachum Dov Brayer, announced the new fee at a meeting with the community’s matchmakers in Jerusalem on Monday.