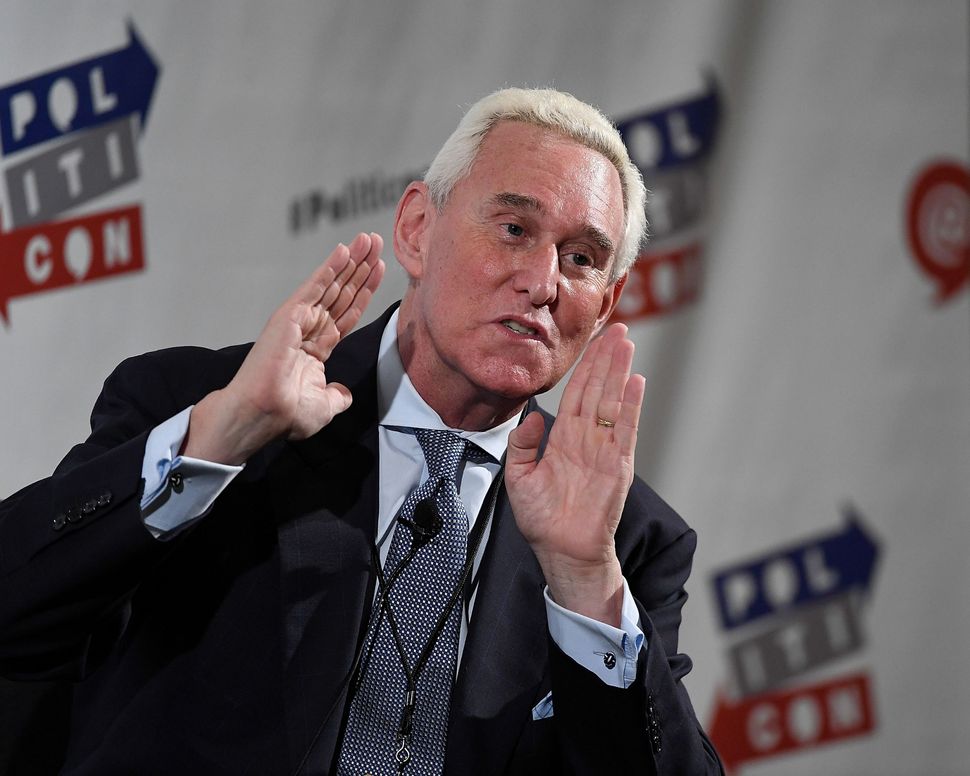 Political provocateur Roger Stone claimed in a late-night tweet Wednesday that he had spent the evening “laughing about what an asshole Robert Mueller is” with the head of the Republican Jewish Coalition, Matthew Brooks.

In DC w/ my pal @mbrooksrjc feasting on Russian caviar and laughing about what an asshole Robert Mueller is pic.twitter.com/37Dn57Nrq1

Stone, a longtime political troublemaker and President Trump ally, is a vocal critic of Mueller, the former FBI director now heading up the Department of Justice’s investigation into Russia’s role in the 2016 presidential election.

The RJC was slow to come around to Trump, who had few allies on the organization’s board as late as September 2015. In recent months, however, the group has stood firmly behind the president. Its top donor, Las Vegas casino billionaire Sheldon Adelson, is now a leading Trump ally.