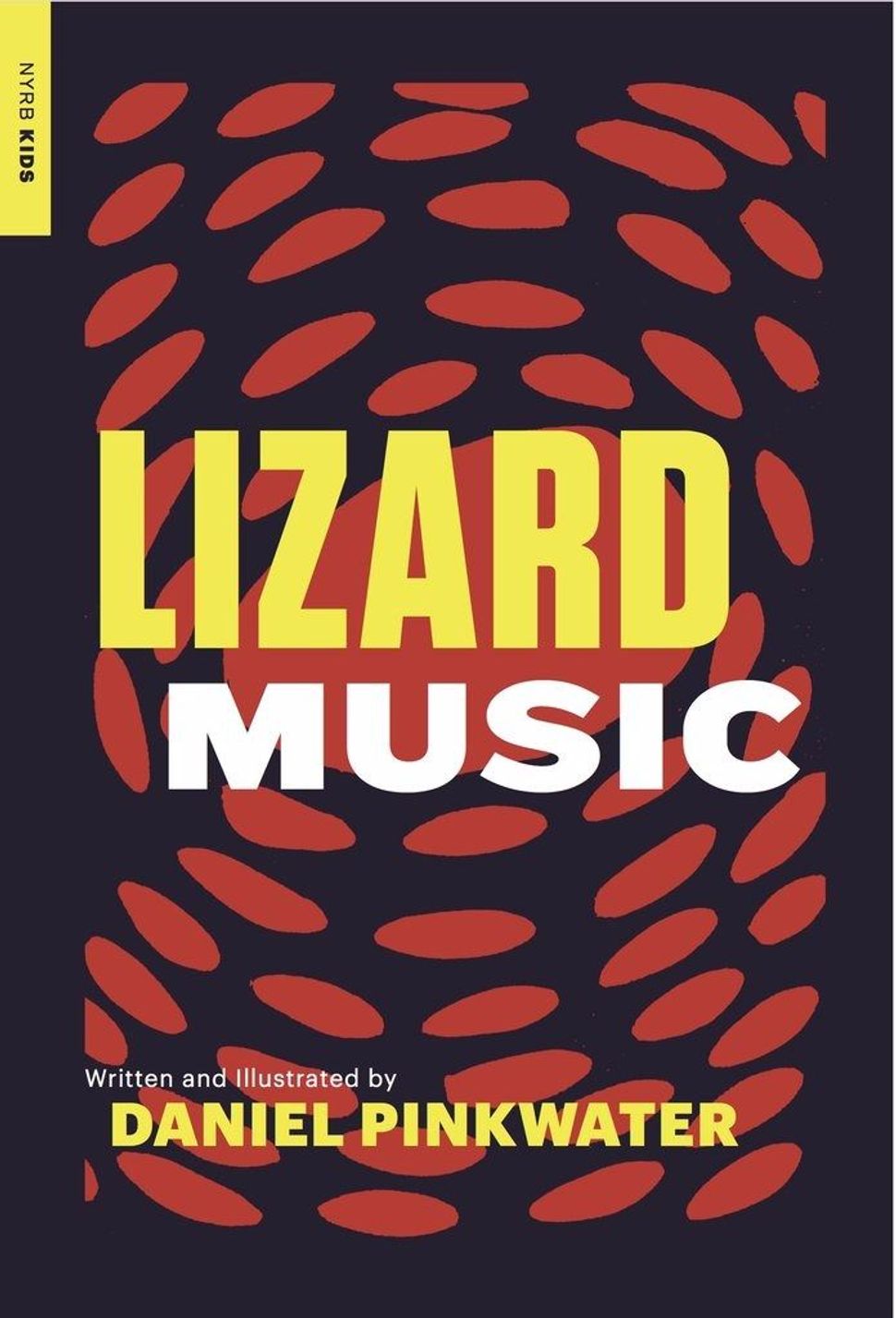 Daniel Pinkwater’s wackadoo classic “Lizard Music” is out in a new paperback reissue from New York Review Books, and it’s a beaut.

Pinkwater, a genius kids’ writer and former cultist, hasn’t had a new novel out since 2013, which is a long time for a guy who has written something like 100 books since 1970. (He has put out some picture books in the past couple of years, including one about a Yiddish chicken.)

In the absence of new novels, the NYRB’s kid’s book imprint has a nice substitute: an elegant new paperback edition of “Lizard Music,” one of Pinkwater’s first, illustrated with prints by Pinkwater himself.

One of Pinkwater’s own favorites, “Lizard Music” is about a boy who is ditched at home by his vacationing parents and catches a late-night TV broadcast that leads him and a nutty hobo to a floating island filled with chicken-worshipping lizards.

In an essay a few years ago, I said “Lizard Music” was “Pynchon-for-kids.” I forget what I meant by that, but it sounds good, and I stand by it. Read “Lizard Music” and tell me if I was right.