Soccer Teammates From Haifa, An Israeli Jew And An Israeli Arab Now Play In Brighton 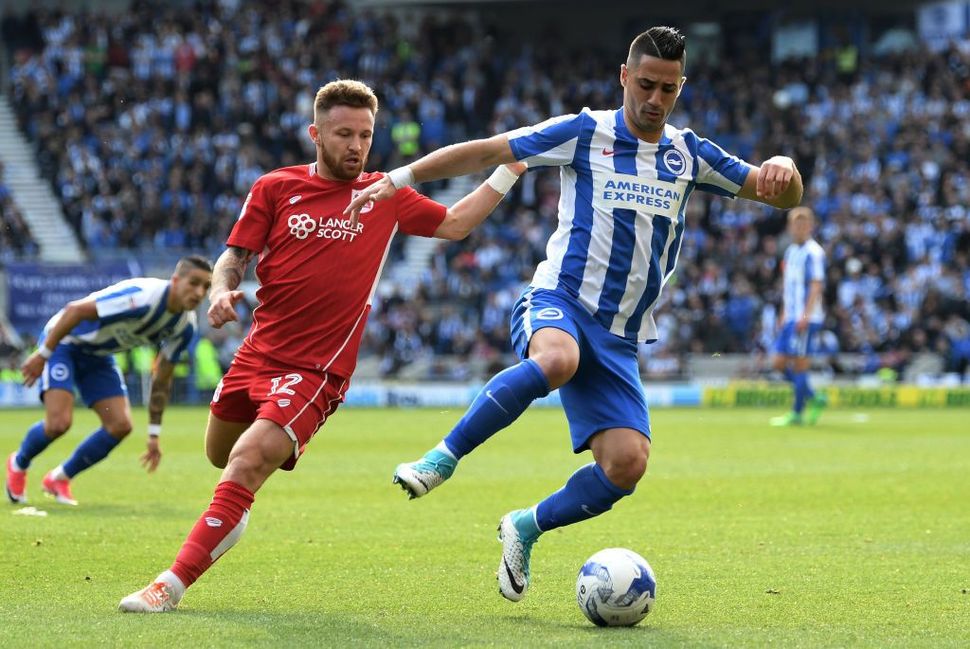 Beram Kayal in action for Brighton and Hove Albion. Image by Getty Images

The English Premier League starts this weekend with an unlikely Middle East peace story as part of its fairytale.

Two Israeli national players, Beram Kayal and Tomer Hemed, will play together for the newly-promoted Brighton and Hove Albion.

They grew up together playing for Maccabi Haifa, even though, as you may be able to tell from their names, Kayal is an Arab and Hemed a Jew. This particular combination — more usual in Haifa than in Brighton — has peacefully flowered on the British south coast; the team’s debut in the EPL is its fruit. Though, sadly, Kayal broke his leg in the pre-season so will be out, injured, until Yom Kippur.

The club is itself living a fairytale. Since being bought by British Jewish businessman Tony Bloom in 2009, they have risen from the third tier of British football to the EPL. Bloom, a “hybrid of high-rolling gambler and sports team owner,” is a surprising and bright addition to the roster of a sport that bans betting but has dozens of clubs sponsored by betting-related companies.

Kicking off the season against the billionaires of Man City, Bloom, Kayal and Hemed are about to get their biggest bet underway.

Soccer Teammates From Haifa, An Israeli Jew And An Israeli Arab Now Play In Brighton