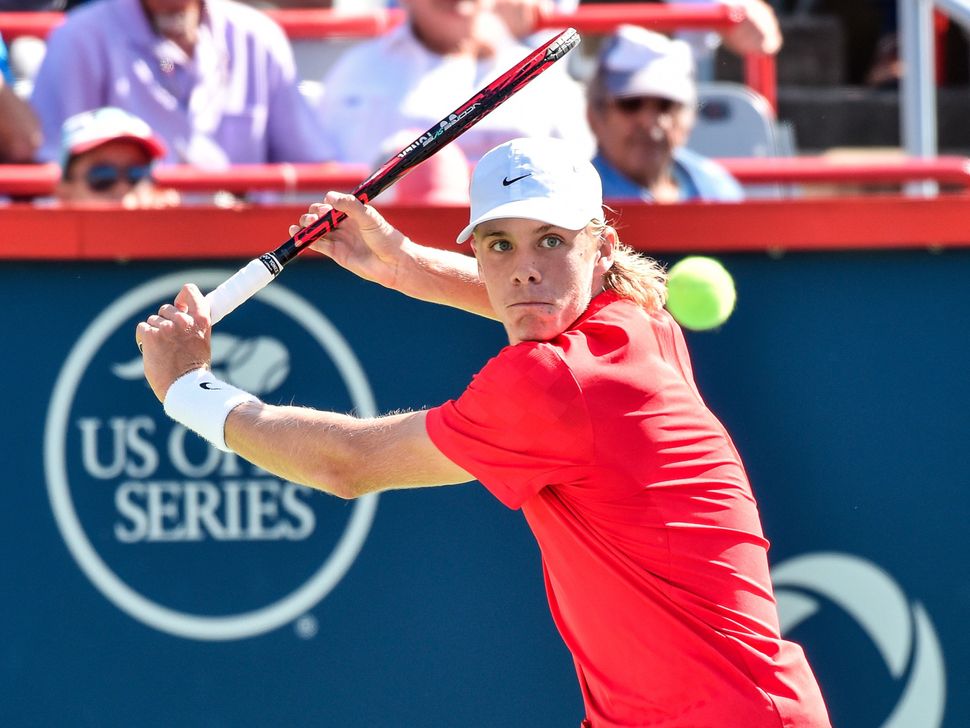 This article has been updated after the original Times of Israel article was changed.

“It’s what I dreamed of all my life growing up, playing guys like Rafa (Nadal), Roger (Federer), Andy (Murray),” said Shapovalov, who moved to Canada before his first birthday. “You know, my dream came true today.”

Shapovalov is ranked outside the top 100, but his victories over Nadal and 2009 U.S. Open winner Juan Martin Del Potro augur well for his post-tournament rankings.

Shapovalov’s mother, Tessa, is Jewish, according to the Times of Israel. His father is Greek Orthodox.

“He played well,” said Nadal, who was the last player of Shapovalov’s age to beat a player ranked in the top two. “He has a great potential.”