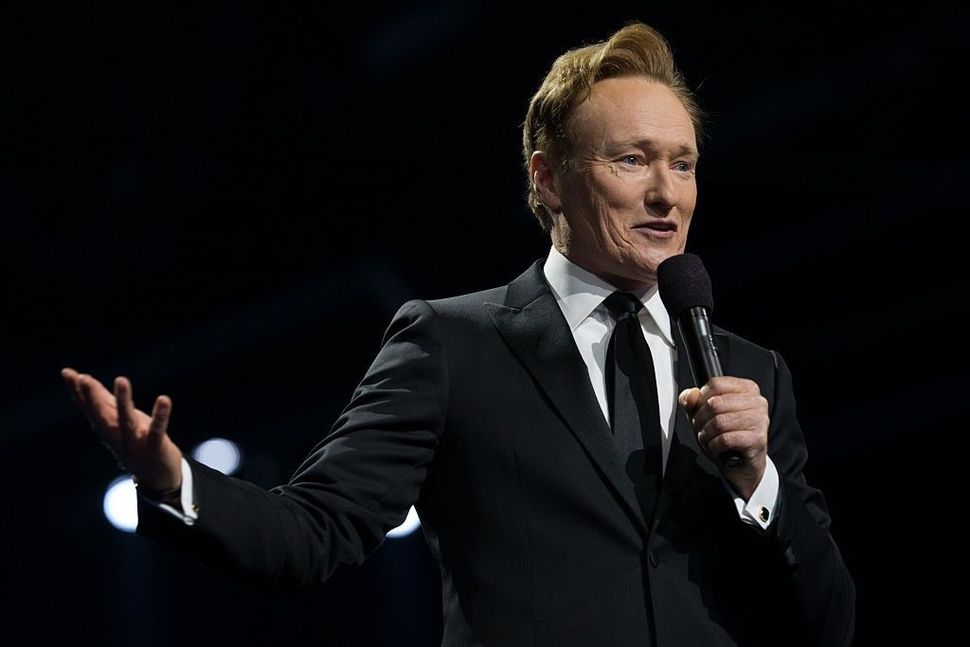 JERUSALEM (JTA) — Talk show host Conan O’Brien announced that he will film an episode of his “Conan Without Borders” series on TBS in Israel.

O’Brien made the announcement in a tweet on Friday night, in which he linked to a news story about President Trump sending his senior advisor and son-in-law Jared Kushner to Israel to help broker a peace deal with the Palestinians.

O’Brien will film in locations throughout Israel over five days later this month, Ynet reported.

It will be O’Brien’s first trip to Israel, Haaretz reported.

He has previously filmed specials in South Korea, Cuba, Mexico and Armenia.