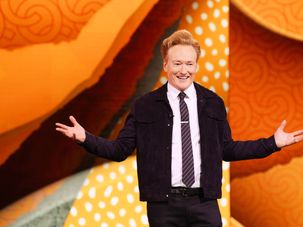 Nearly 28 years ago Conan O’Brien filmed himself walking to his first day of work. 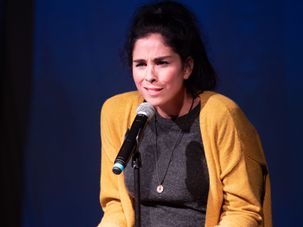 “We’re gonna look back at our s**t and cringe if we’re doing it right.” 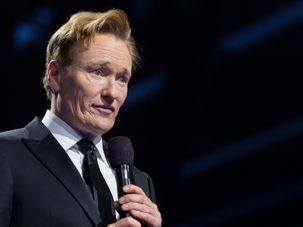 Hanukkah is all about lighting up. 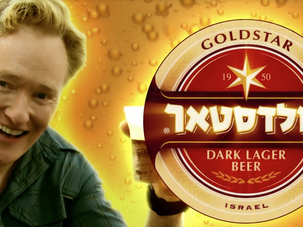 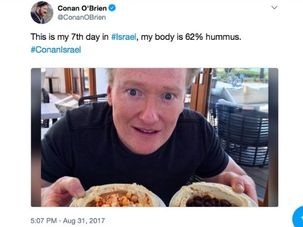 On a trip to Israel, where he’s shooting a travel special, Conan O’Brien has visited some of Tel Aviv’s hottest eateries. 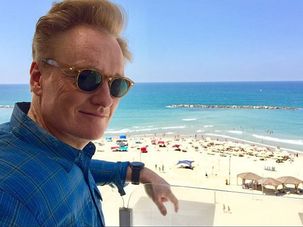 “All the men are incredibly buff, and the women are beautiful. A lot of men in speedos, if that’s your thing. Fortunately for me, it is.” 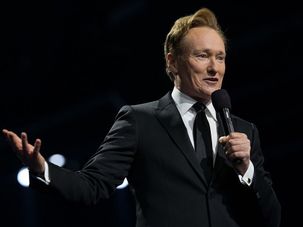 The talk show host said that he was going to the Holy Land “to help Jared Kushner.” 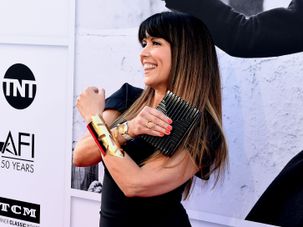 She can’t wait to get started on the sequel. 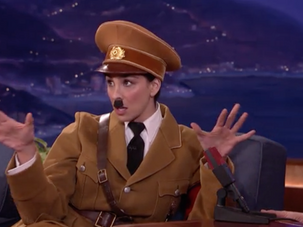 In an interview with Conan O’Brien, Silverman stepped out in full Nazi garb as Adolf Hitler during to the sound of thunderous applause, addressing the recent “unfavorable” comparisons to GOP front-runner Donald Trump. 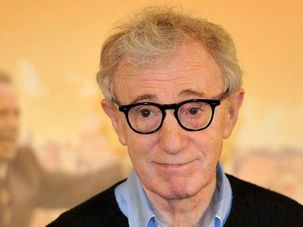 During an appearance on ‘Conan’ to promote her role in Woody Allen’s latest film, Emma Stone told the audience how she showed the famed director how to use Twitter.