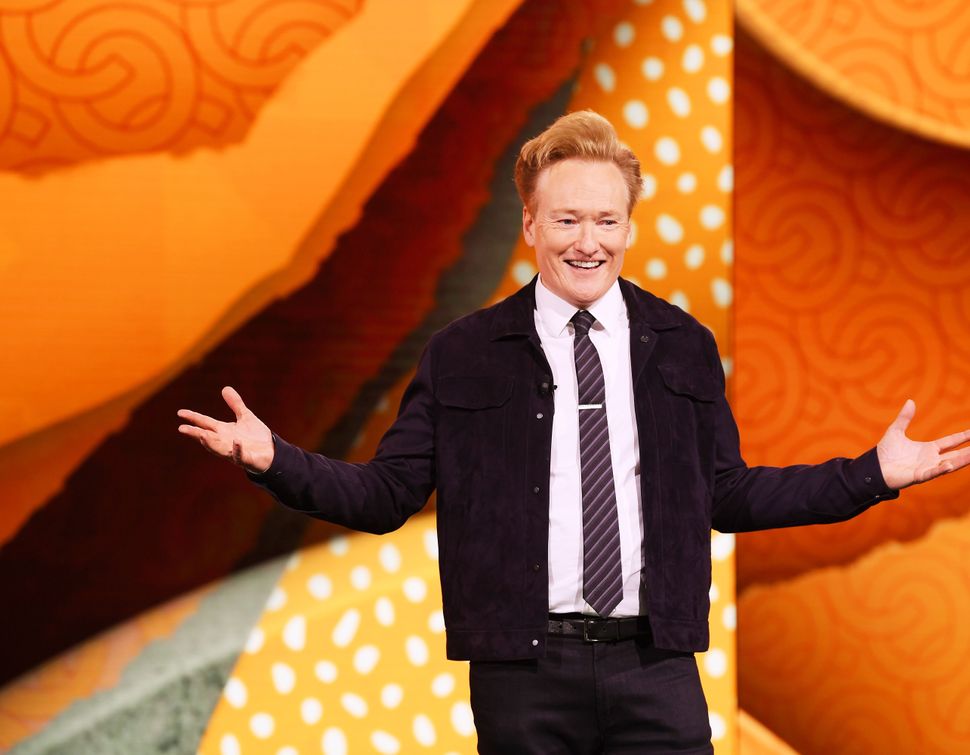 Nearly 28 years ago Conan O’Brien filmed himself walking to his first day of work.

Along the way, his doorman, hopscotching children and a horse and buggy driver, reminded him he was under “a lot of pressure” and threatened that “he better be good.” O’Brien, an accomplished writer for “SNL” and the “The Simpsons,” but a limited on-screen presence, was about to lead “Late Night.” His coronation was a surprise for many, but for Rob Kutner it was even crazier.

“A good friend of mine went to Harvard with one of his brothers, Justin O’Brien,” said Kutner, who would go on to write for O’Brien’s short stint on “The Tonight Show” and its TBS follow-up, “Conan,” which airs its final episode Thursday, capping the host’s nearly 30-year career in late-night.

“This is how I heard any of it at all,” Kutner remembers. “It was reported to me exactly as, ‘You’re never gonna believe what Justin’s brother’s gonna do.’ It was such a sort of historic-sounding, paradigm-shifting, fault-line-fracturing thing.”

O’Brien was the first member of Gen X to host a late-night show on a major network, and he was filling the mammoth shoes of David Letterman, who debuted the program and revolutionized the stodgy talk show format. O’Brien’s novel energy, rich with recurring characters and fourth-wall-breaking gags, was slow to catch on, but his tenure left an indelible impression on the late night landscape. If Letterman was self-deprecating, Conan had the nerve to question the trappings of the whole talk show enterprise.

“A lot of times after they’d do one of these really absurdist jokes they’d cut back to Conan, just sort of wincing and going ‘why?’” Kutner said. “To me that was like, the creative motto of the show: ‘Why?’”

For nine years, Kutner worked as a monologue writer, writing the jokes at the top of the show and adding his own dash of questioning absurdity with sketches like the syrupy (and gory) “Mrs. Butterworth: The Movie” and “Batman V. Superman in Small Claims Court.”. I spoke with Kutner, co-creator of the show “Gander,” about working for O’Brien — a guitar-playing, potshot-taking boss — and why he thinks Conan’s moving on to HBO. The following conversation has been edited for length and clarity.

PJ Grisar: You were working in TV for a while before you joined Conan’s team. What was his reputation — and the show’s — in comedy circles? 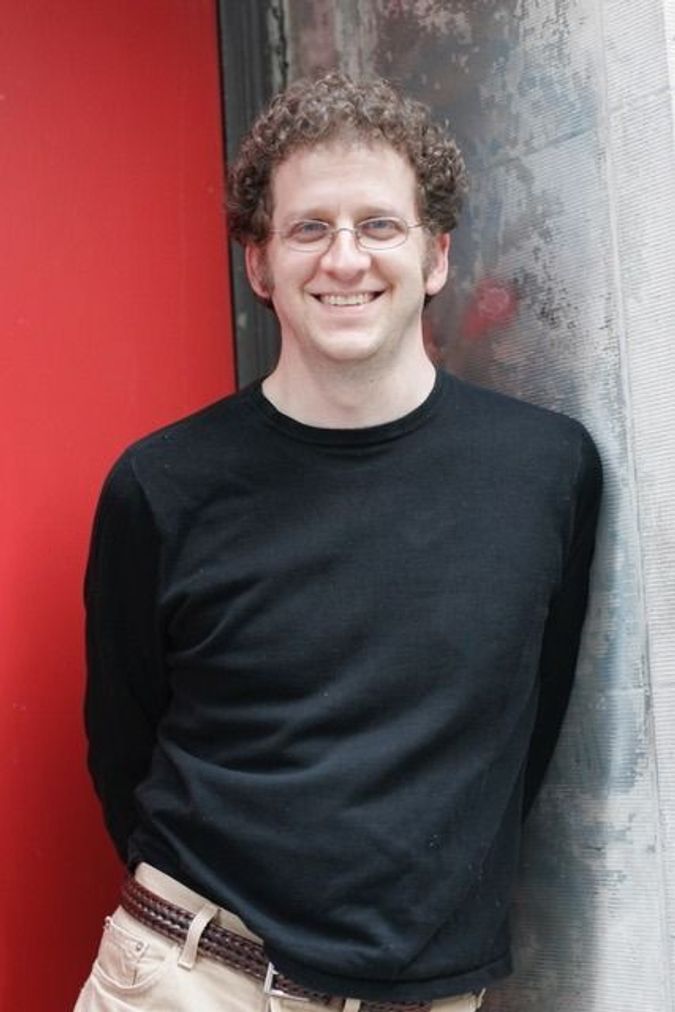 Rob Kutner I was at “Dennis Miller Live,” I started out with another writer and then he went on to Conan, and just talked about him being this amiable guy who strolled around the hallways of the offices of 30 Rock strumming on his guitar, singing songs about [the staff]. I had a lot of respect for him during the Writers Guild strike in 2007, 2008. I feel like Conan, above all, would constantly mention, “We don’t have any writers so we’re deliberately just wasting time,” which was itself, like, an inventive way of being creative and funny and doing kind of stunt-y things on the show, but also, like, honoring and in the spirit of it. I was someone out there marching and protesting during that time. I appreciated that sort of support.

That tactic of joking around with something serious — it reminds me of when they took “Late Night” away from him so he’d do things like waste NBC’s money on something insane like the Bugatti Veyron Mouse.

That was so fun because he was like, the fetters were off — he just didn’t give any effs. You see a lot of that kind of comedically-snarling Conan, the kind of Conan you see now. He used to be that kind of shiny-headed altar boy wide-eyed, “Gee, mom” kinda guy. Now he’s more like a wily Luke Skywalker in “The Last Jedi.” During that period I pitched a bit that got on that Conan is putting the show up on Craigslist. He put the whole studio up on Craigslist to see what kind of offers he’d get.

How did it compare to other jobs you had? You were just coming off of “The Daily Show.”

“The Daily Show” ran sort of like a newsroom. There was a morning production meeting where all the producers and writers were screening footage and discussing stories and then assignments would get doled out. Conan — because I was in monologue — I had a very steady rhythm to the day. We had a series of deadlines for monologue jokes, meetings with different parts of the staff, including a daily meeting with Conan just to go over monologue.

This is during this final meeting, if I could paint a picture of the scene. Every day they tape at 4:30, so this happens at 3:45 and it’s in Conan’s — to call it dressing room suggests like a small space with a lighted mirror, but really it’s like, almost half the size of a studio apartment. It’s a sort of L-shaped area where he has a bathroom — and he does have a mirror — but also the four monologue writers; the head writer; Conan’s assistant; Andy Richter; Jeff Ross, executive producer; and a hair and a makeup person. And then sometimes the talent booker comes in with talent. or just with a question about a segment they have to do. So all that’s happening in this space. And then they’re teasing up his hair and putting his makeup on. He’s making final decisions on which monologue jokes.

All of this stuff is happening, and in the middle of that, Conan and Andy are going off on these Baroque riffs. And then on top of that, Conan’s also doing these left hooks where he’ll just suddenly turn, he has a guitar sometimes — at some point he’ll just turn to Brian Kiley, the head monologue writer. Conan would play a lot of pop songs and sort of improvise lyrics, he’d suddenly do a whole improvised verse about Kiley that rhymed. It was like cruel and funny and had weird references in it — like how does this brain do that stuff? And then Conan would remember some story of some encounter with some celebrity on the show like 15, 17 years ago and it’s like, he also keeps all that in his mind. I think you mentioned that Conan O’Brien can’t stop — it’s really more of a pathological disorder sort of diagnosis. He neuro-chemically can’t stop.

Do you remember a time he roasted you?

Oh, all the time. It actually was over Jewish stuff, which is incredibly funny. When we’d talk about serious stuff sometimes he’d deflate the moment by turning to me and like sort of bowing in this insulting kind of Jackie Chan way and saying like, “As is taught in the Talmud,” just sort of like, there’s just no need for that and nothing to do with what we were talking about. The funny thing with the staff, was it was like literally just Catholics and Jews. Like, top to bottom — it was crazy. Conan would call it the guilt frequency.

Did you put any Jewish humor into your work?

I noticed an interesting thing about Jewish humor versus Irish humor. I think I would characterize Conan’s as Irish. The writer in him would be very clear with the monologue jokes. He would tell a joke where he would go out of his way to sort of make it super clear with the stakes of the joke, what the setup was, the important point was before moving on to the punchline so that you really were prepared for it. It was a very like elegant kind of way to do it, but it’s wordy, and it kind of reminded me of that Irish tradition of craic, where they stretch the story out longer, savor the details, linger on it, versus I think of Jewish jokes as a punchy thing. A bit of a windup and then a duh-duhm kind of a thing. He had this kind of leisurely stroll thing.

Did your work change a lot when the show moved to TBS?

One great thing for me was that the Tonight Show was five nights a week and Conan, like most other shows, was 4, so I’d go home Friday night for Shabbat.

Of course the show itself changed, even in the last couple of years, by cutting down to a half hour. And he’s constantly adding these travel remotes — pre-taped segments where he goes places and talks to people — and he has the podcast now. Why do you think he changes it up so much?

He just has a wild, free-range mind. He’s interested in so many things. His energy gravitates towards these new sources of wild energy that I think are kind of poke-around entertainment. Conan is always sort of forward-looking. What’s the next thing? He wants to keep the play of it alive a little bit. I think he was feeling sort of a creative straitjacket to service that old talk-show format.

Are you excited to see what he does on the weekly HBO Max show?

The whole late-night thing, you’re facing the pressure because of all the other nights. It was so much more of a meat grinder aspect. A weekly show, you can really let things kind of gestate and take a shape. So it’s an interesting format. It will take away from the topical things you’re probably used to.

What do you think Conan — the show and the guy’s — main impact on comedy and late-night is?

I think he incubated a whole generation of surreal sketch comedy in sort of mainstream stuff. You totally see his stuff in “I Think You Should Leave,” “Key & Peele” to some extent. He didn’t invent it, but I think like he did that in a different, more character-driven way in the tradition of [Upright Citizens Brigade] characters kind of running wild. I think he found a way to merge highbrow-lowbrow, smart and silly, that sort of distinctive tone. He’s like Bertolt Brecht, like enjoying the artifice of the thing.