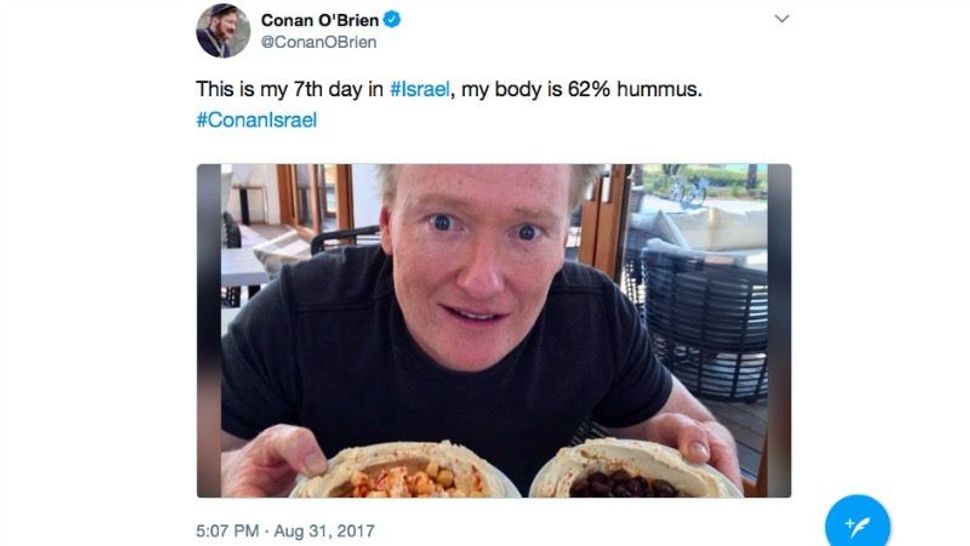 Conan O’Brien is eating his way through Israel. Image by Twitter/ConanOBrien

Conan O’Brien is consuming the good stuff. Or is it consuming him?

Over the course of a week-long trip to Israel, where he’s shooting a travel special called “Conan Without Borders,” the flame-haired comedian has visited such hot Tel Aviv eateries as Taizu and Topolopombo in the Tel Aviv Museum of Art, and dined with Prime Minister Benjamin Netanyahu, Sara Netanyahu and their dog, Kaia, at the official residence — where he apparently fed cucumbers to the Netanyahu’s dog.