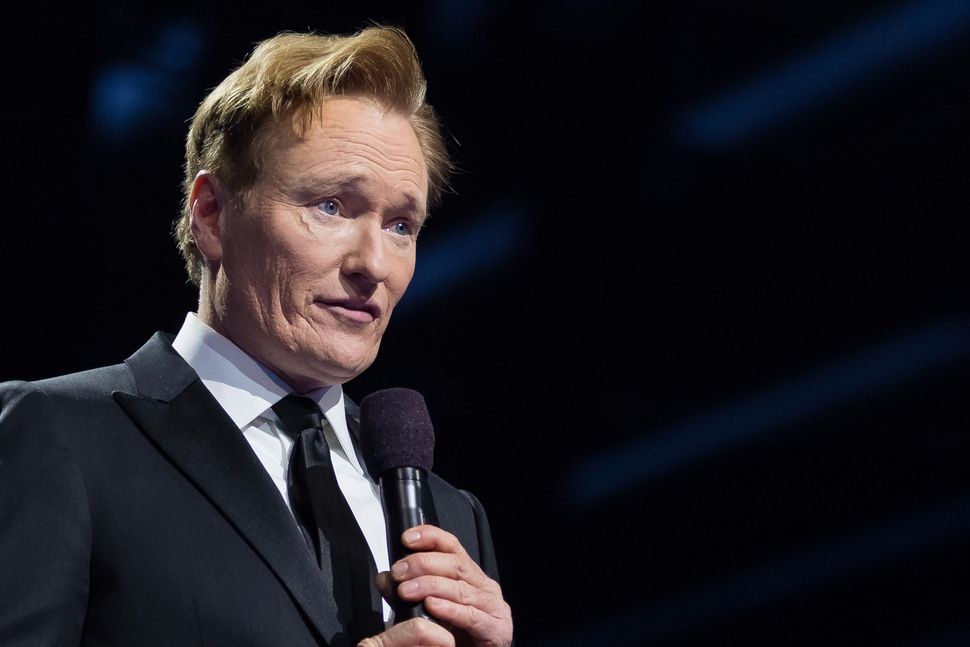 As the song goes: A Rock of ages, let our song praise thy saving power! / Thou giving us the vape pen menorah, is your finest hour.

That hour arrived on Wednesday night’s episode of “Late Night With Conan O’Brien,” when the host invited the show’s Orthodox music producer to the stage to demonstrate one of Judaism’s newly minted traditions: a hanukiah made entirely of vape pens. Roey Hershkovitz (Conan pronounced it “Row-y”) whose rugged beard flowed like a velvet curtain behind the vape-hanukiah, explained the ritual object. The “observant Jew and Orthodox vaper” explained to the audience, “first we puff the center vape pen, thsi is known as the shamash. Then we blaze the first two vape pens on the right.” Sounds kosher!

Who says Hanukkah is just a rip-off of Christmas? Can you have a vape pen stocking? A Christmas tree made of bongs? A candy cane that is also a pipe? No. You can’t. And if you can, we want to know the techniques so we can get going on the vape lulav for next year.