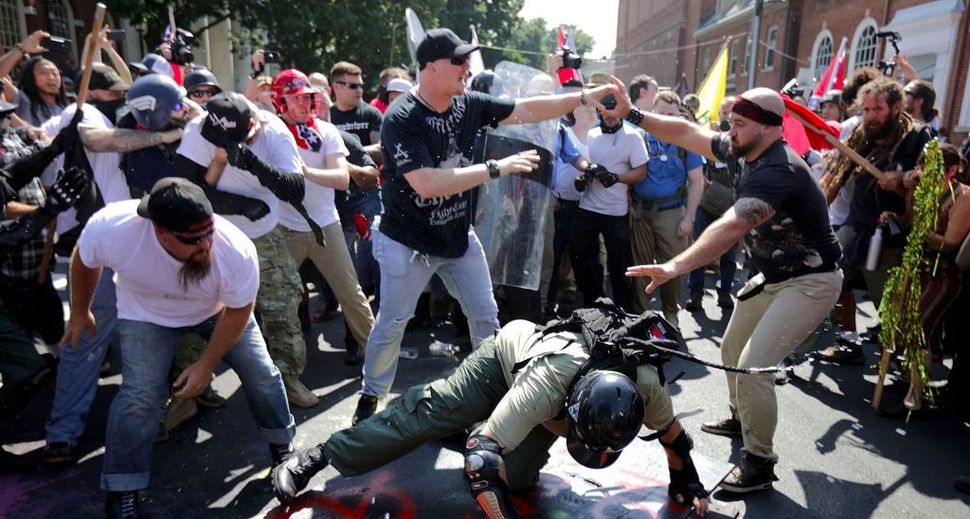 After a weekend when white nationalists brought terror and racism to their city, Jewish students at the University of Virginia said they would not be cowed by the hateful display.

“The violence, loss of life, and hatred displayed here today is heartbreaking,” read a statement on Facebook from the Brody Jewish Center – University of Virginia Hillel staff. It continued: “We are always here to listen, talk, and support you. Hillel will always be a safe space for you and all students at UVa seeking refuge.”

Appended to the Facebook post was a statement from Hillel’s student-run Jewish Leadership Council, in which the students leader said they were eagerly anticipating the beginning of the academic year next week.

“We stand firmly on the side of love and acceptance; it is the diversity at our University and in the city of Charlottesville that makes it such a wonderful place to be,” the statement read.

“We are eager for all students to return to Grounds in a few short days and work together to fulfill the Jewish value of Tikkun Olam, repairing the world. Our thoughts and prayers go out to the victims of violence.”