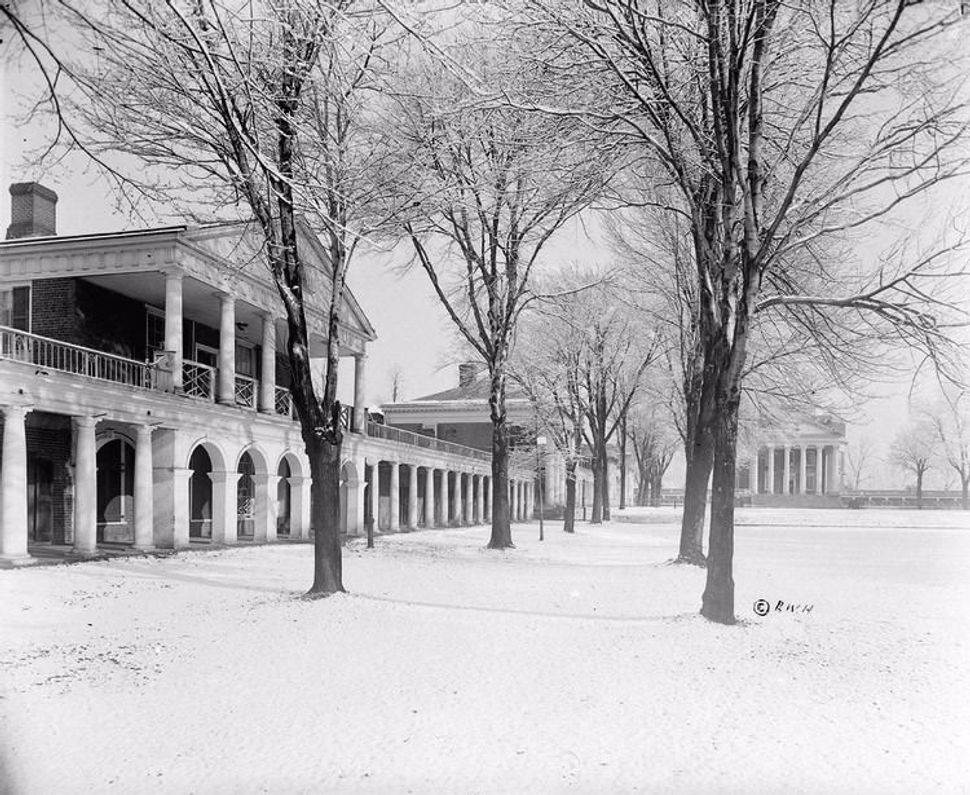 Jewish students faced a quota and anti-Semitism at the University of Virginia in the early 20th century. Image by Wikimedia Commons

The Jews of Charlottesville, Virginia have sometimes found themselves divided — including when two brothers from a prominent local family found themselves on opposite lines of fire during the Civil War.

Scions of a German immigrant family, Simon and Isaac Leterman were deeply involved in civic and commercial life in the Virginia town, which mirrored the communities in other Southern towns and cities, according to the Institute for Southern Jewish Life.

During the war, Simon fought for the Confederacy, with his wife Hannah working as a Confederate nurse, while Isaac fought for the Union. After the war, the brothers both returned to Charlottesville, with Simon becoming one of the original trustees of Congregation Beth Israel and Isaac purchasing property for a Jewish cemetery.

Jews have lived in Charlottesville since the 18th century, and the local landmark Israel’s Mountain is named for Michael and Sarah Israel, who acquired 80 acres of land in 1757.

Commodore Uriah P. Levy famously saved Thomas Jefferson’s stately home of Monticello from ruin when he purchased it in 1836 for $2,700.

The early Jewish students of the University of Virginia experienced blatant anti-Semitism and the university implemented a quota system in the early 20th century to control the number of Jewish students.