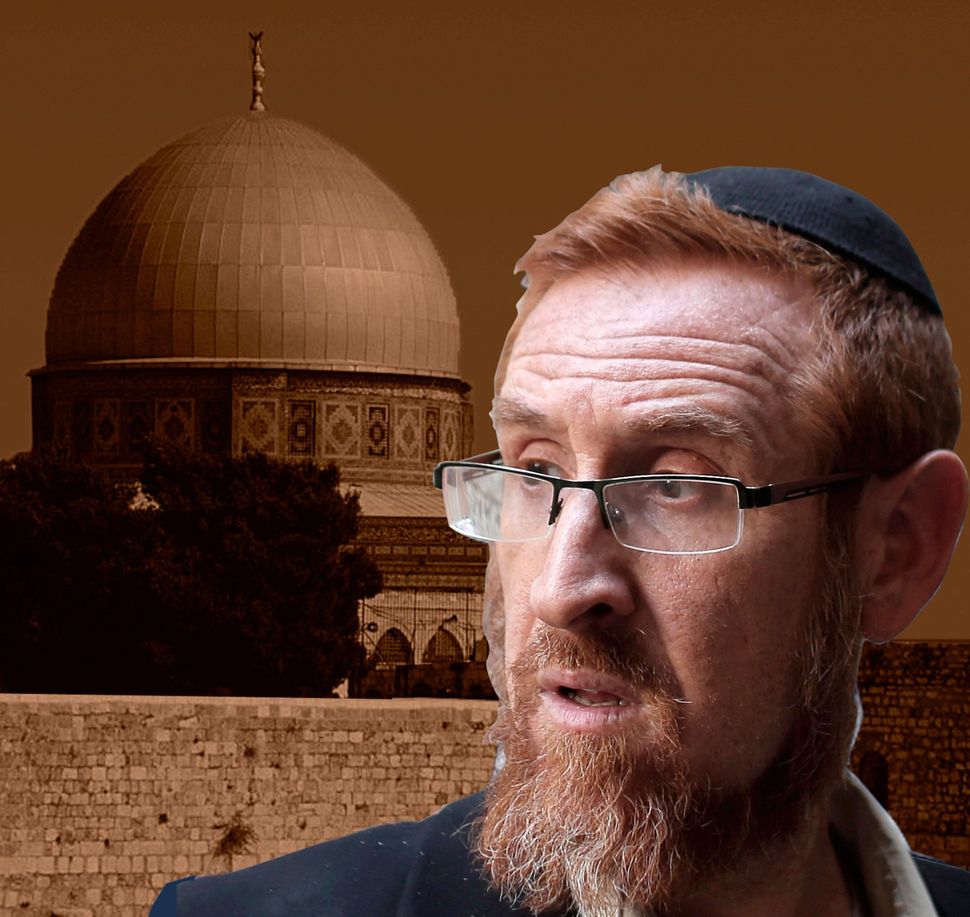 Temple Minded: Likud MK Yehuda Glick has championed the rights of Jews to pray on the Temple Mount, where the Dome of the Rock mosque stands. Image by Getty Images, Montage: Kurt Hoffman

TEL AVIV (JTA) — Yehuda Glick, a lawmaker from the Likud party, held office hours outside an entrance to the Temple Mount to protest an ongoing ban against Knesset members visiting the holy site.

Glick, a longtime activist for Jewish prayer rights at the Temple Mount, told reporters that the action Monday would only last one day.

“There’s no reason in the world to think that my entering the Temple Mount will stir trouble,” Glick also said.

In 2014, a Palestinian terrorist shot and nearly killed Glick for his Temple Mount activism.

Since capturing the Temple Mount from Jordan in 1967, Israel has controlled access but allowed Jerusalem’s Islamic authority to manage the site, which is holy to Jews and Muslims alike.

In November 2015, Prime Minister Benjamin Netanyahu ordered lawmakers to stay off the Temple Mount amid a wave of Palestinian terrorism linked to claims that Israel was trying to change the status quo.