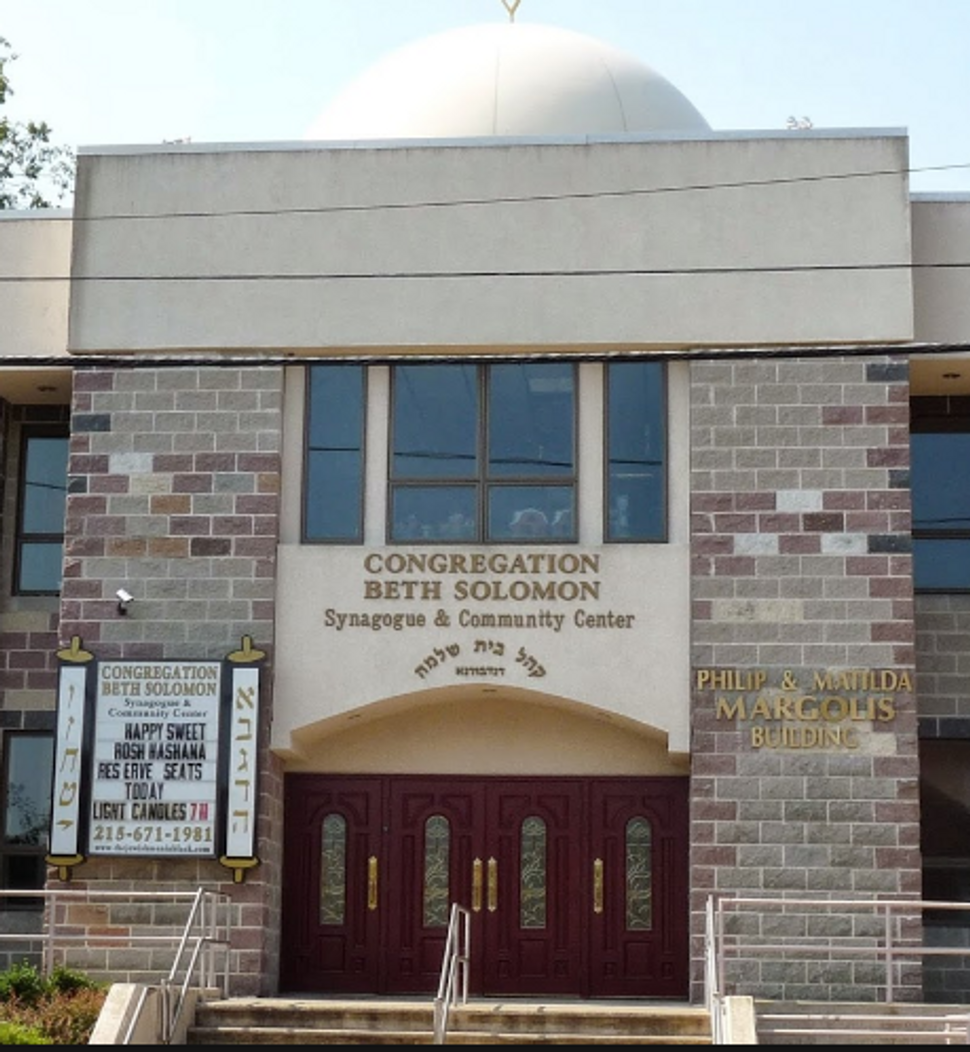 Police in Philadelphia are asking for the public’s help in nabbing a man who urinated on the steps of a local synagogue and made an obscene gesture toward the house of worship.

According to CBS News, Congregation Beth Solomon in the Somerton section of Philadelphia was attacked in the early hours of Sunday morning by the unidentified young man, who walked up to the building and urinated on the steps to the entrance.

“We are revolted by this most recent display of anti-Semitism in Northeast Philadelphia,” Nancy K. Baron-Baer, the regional director of the Anti-Defamation League, told CBS.

“We’ve seen vandalism targeting Jewish institutions in the region before, but this latest incident turns the stomach. The amount of hate a person must feel to desecrate a house of worship in this way is incomprehensible and contemptible.”

The ADL that this is the third vandalism incident that Beth Solomon has suffered in the past year.