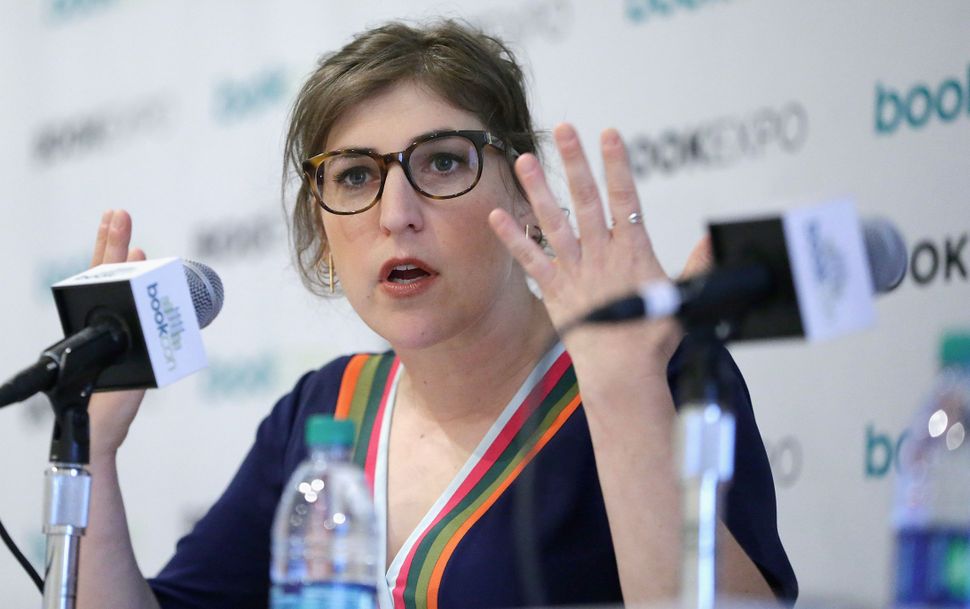 In a Facebook post Sunday, Bialik complained that the timing of the march against white supremacy, scheduled for Sept. 30 in Washington, D.C., excludes Jews, who traditionally spend Yom Kippur, the Day of Atonement, fasting and praying.

“anyone else think that’s absurd?,”she wrote in a mostly lowercase text. “i mean, it automatically excludes a distinct portion of people who historically have stood up for racial equality in enormous ways.”

Bialik, a star of “The Big Bang Theory” TV sitcom who publicly embraces her Jewish identity and practice, doubted that the scheduling was an oversight, saying “And trust me: it’s on every calendar they checked before setting the date.”

Earlier Sunday, March for Racial Justice organizers posted their own statement on Facebook in which they apologized for the “scheduling conflict” and voiced appreciation for the Jews’ history of progressive activism. They repeatedly singled out Rabbi Abraham Joshua Heschel, who famously marched alongside the Rev. Martin Luther King Jr. in the 1965 civil rights march from Selma to Montgomery, Alabama.