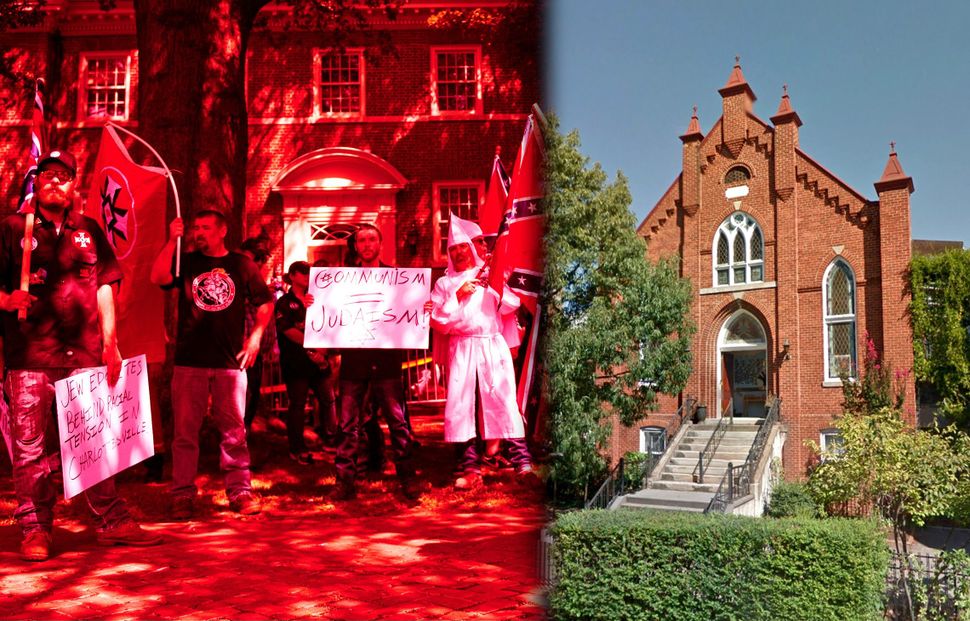 As white supremacists converged on a Charlottesville park for their violent “Unite the Right” rally, some of them menaced the city’s historic Beth Israel synagogue during Shabbat services, standing across from the building with semi-automatic weapons in their hands. 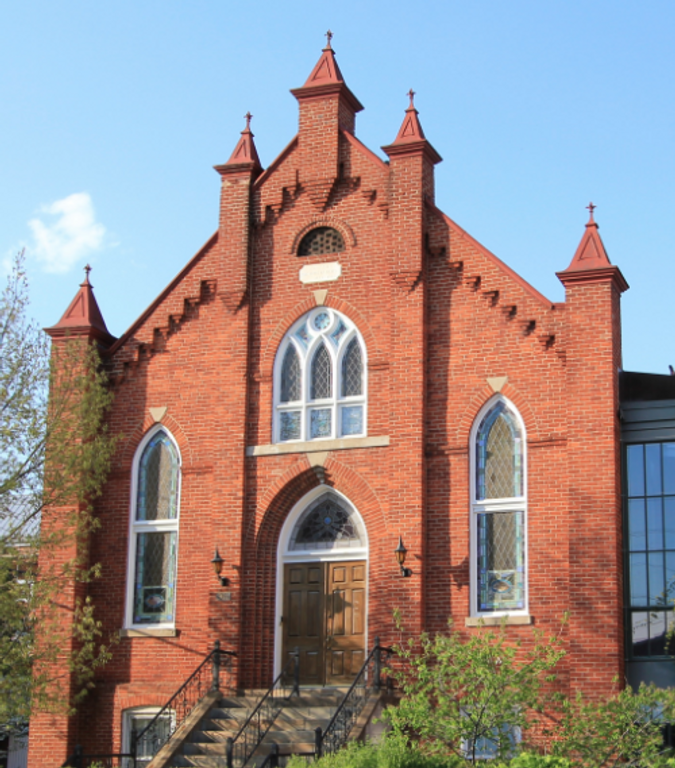 “Had they tried to enter, I don’t know what I could have done to stop them, but I couldn’t take my eyes off them, either,” wrote Alan Zimmerman, the president of the Reform congregation, about the three neo-Nazis he stared down as congregants prayed inside.

Zimmerman, in an essay published on ReformJudaism.org, said that neo-Nazis marching past the building shouted hateful slogans like “Seig Heil,” the Third Reich’s “Hail Victory” shout. He added that the synagogue had retained an armed guard, after the Charlottesville police department failed to provide the synagogue with security on Saturday.

The synagogue took other precautionary measures, due to calls on far-right Web sites for the building to be burned. Zimmerman said that he and the rabbis decided to remove the congregation’s Torah scrolls to a more secure location.

Zimmerman said the events of the day left him feeling worried about the country. “When services ended, my heart broke as I advised congregants that it would be safer to leave the temple through the back entrance rather than through the front, and to please go in groups,” he wrote.