After Schwarzman Discusses Disbanding Council, Trump Does It For Him 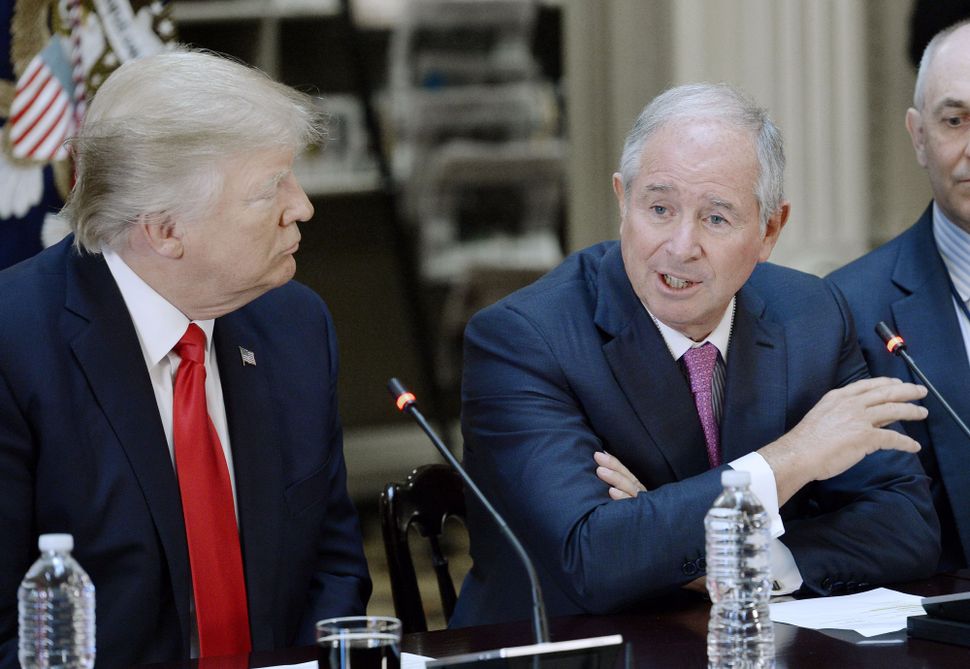 President Donald Trump announced in a tweet on Wednesday that he was shuttering two of his business advisory councils after numerous CEOs on those bodies resigned due to their opposition to the president’s continued comparisons between white supremacist marchers and counter-protesters in Charlottesville, Va.

“Rather than putting pressure on the businesspeople of the Manufacturing Council & Strategy & Policy Forum, I am ending both. Thank you all!” Trump’s personal account posted.

Stephen Schwarzman, CEO of the investment firm the Blackstone Group, was the chairman of the president’s Strategic and Policy Form and had been described by The New York Times as “one of Mr. Trump’s closest confidants in the business community.” But after Trump’s remarks on Tuesday doubling down on his original, much-maligned Charlottesville reaction, Schwarzman held a conference call of CEOs to discuss either ending the group or having more CEOs engage in a mass resignation.

A similar call for members of the American Manufacturing Council was reportedly going to take place Wednesday afternoon, the Times reported.

Already, eight CEOs on that group had resigned due to Trump’s controversial statements, including directors of Merck, Intel, Under Armour, 3M, Campbell Soup and the AFL-CIO union federation.

After Schwarzman Discusses Disbanding Council, Trump Does It For Him