Richard Spencer Touts Himself As ‘White Zionist’ In Israeli Interview 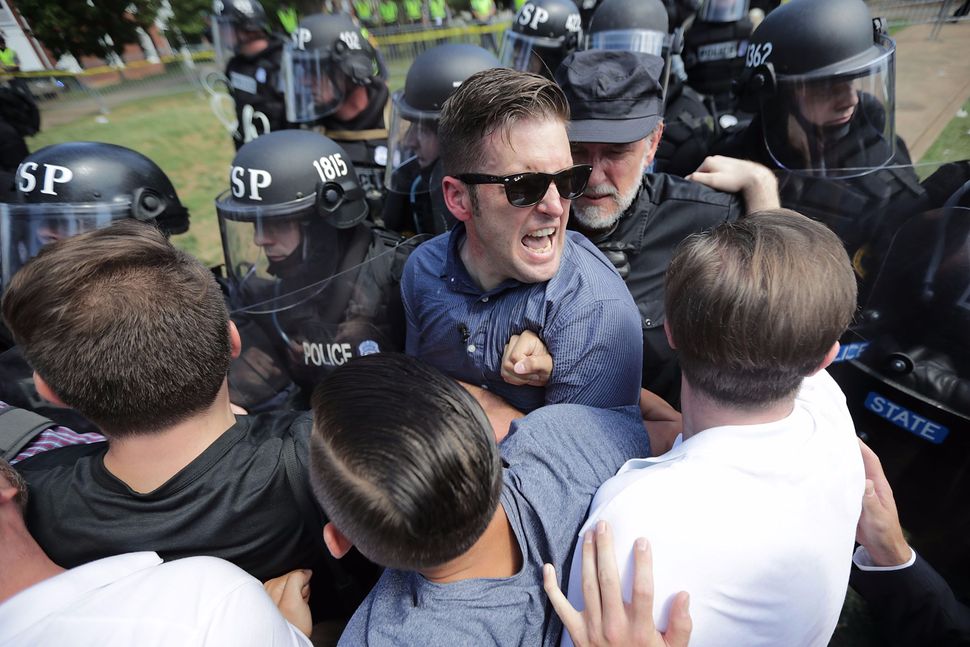 In an interview on Israeli TV, Richard Spencer said that Israelis should ignore the anti-Semitism of the “alt-right” and instead respect and empathize with his desire to create a whites-only ethno state.

“You could say that I am a white Zionist in the sense that I care about my people,” Spencer told Dany Kushmaro, the host on Israel’s Channel 2 News. “I want us to have a secure homeland that is for us and ourselves, just like you want a secure homeland in Israel.”

Kushmaro pressed Spencer on the anti-Semitic chants heard at the white nationalist held in Virginia over the weekend, such as “Jew will not replace us.” White nationalists also brandished swastika flags and held their arms in the Nazi salute at the rally, which later devolved into open brawling and violence.

Kushmaro reminded Spencer that he was speaking with a Jew and that the majority of the audience was Jewish. “How should we, how should I, feel?”

Richard Spencer Touts Himself As ‘White Zionist’ In Israeli Interview