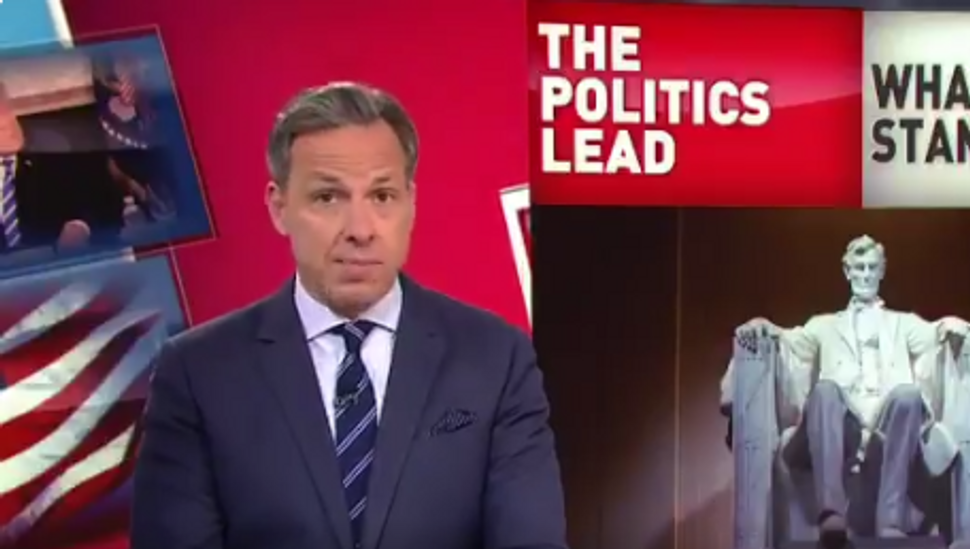 CNN anchor Jake Tapper’s monologue at the beginning of his show “The Lead” on Wednesday excoriated President Trump’s recent comments about the white supremacist rally in Charlottesville, Va., calling the decision “to act as if these defeated, intellectually destitute, pathetic ideologies and people have any moral standing as they rally to intimidate and vomit forth their treasonous filth, it is not only immoral, it’s unpatriotic. It’s un-American.”

.@jaketapper: To act as if these intellectually destitute people have any moral standing is not only immoral, but un-patriotic & un-American pic.twitter.com/NqzAwxFqb4

On the other hand, Tapper noted, “There is one former presidential candidate standing with [Trump] today. The bad news is, it’s David Duke.”