This Flow Chart Shows Why Israel Is Bad At Condemning Nazis 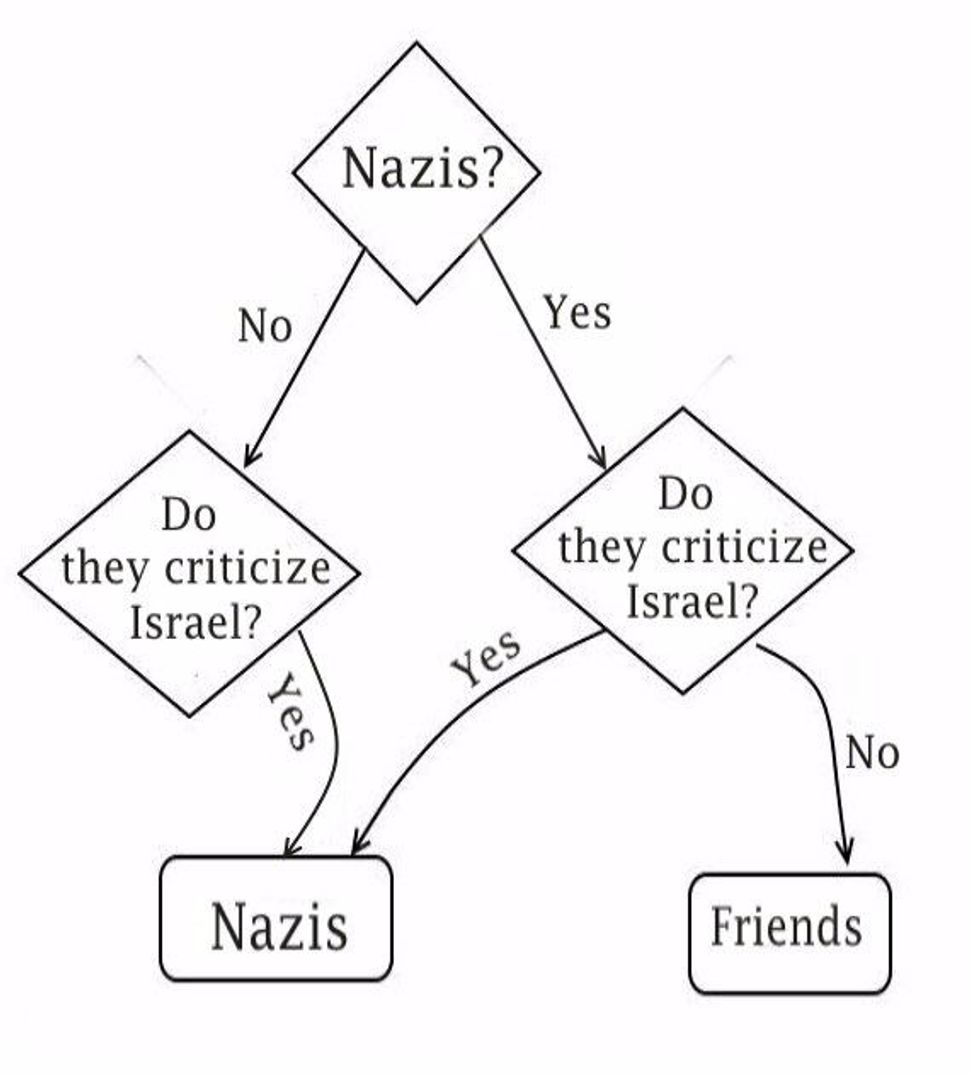 A blogger for the Hebrew language edition of Haaretz tweeted out a “Starter chart to the [Israeli] right” in the aftermath of the events in Charlottesville this past weekend. The chart cheekily suggests that Israel’s right is friends with Nazis who support Israeli, and hate non-Nazis who hate Israel.

The flow chart was posted in response to Israeli Prime Minister Benjamin Netanyahu’s three-day silence on the events in Charlottesville. On Tuesday, the official Twitter account of the prime minister’s office posted a condemnation of “expressions of anti-Semitism, neo-Nazism and racism.”

This Flow Chart Shows Why Israel Is Bad At Condemning Nazis