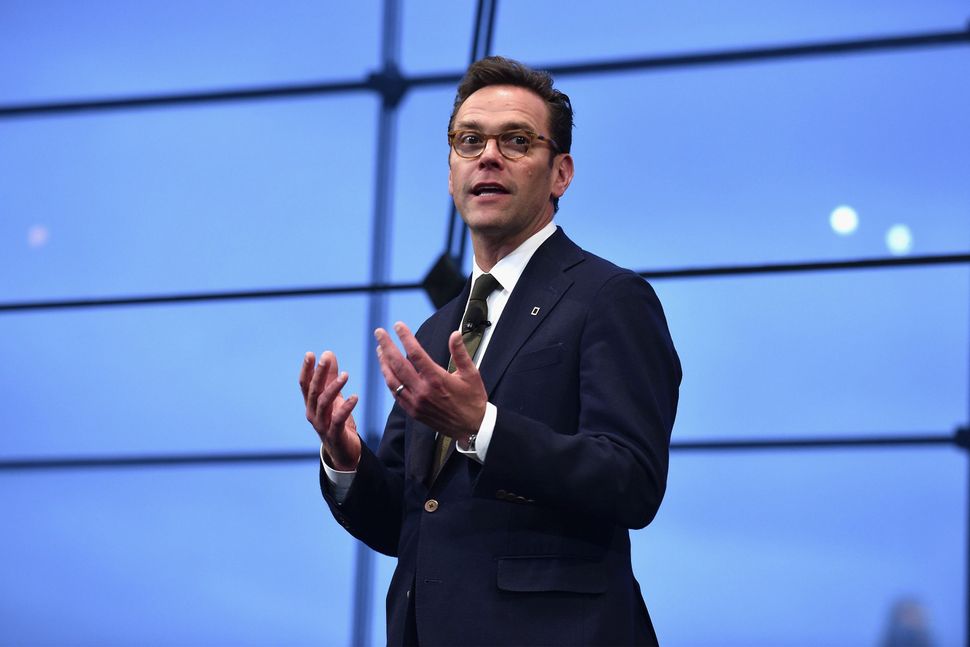 James Murdoch, the son and heir apparent of News Corp magnate Rupert Murdoch, pledged on Thursday to donate $1 million to the Anti-Defamation League in an impassioned letter in which he condemned President Trump’s actions after the weekend violence in Charlottesville.

“I’m writing to you in a personal capacity, as a concerned citizen and a father,” he said, in a communication to workers at News Corp’s 21st Century Fox, which he heads. “I can’t even believe I have to write this: standing up to Nazis is essential; there are no good Nazis. Or Klansmen, or terrorists.”

He also urged employees to give to the ADL in his letter, announcing his seven-figure donation. “Many of you are supporters of the Anti-Defamation League already — now is a great time to give more,” he said/

Murdoch’s father Rupert, the founder of the newspaper and entertainment empire, has been shier about attacking Trump, and has been figured as a sometime adviser to the embattled president. James Murdoch, set to inherit the company with brother Lachlan, has been known for a softer, more center-right line than his father.