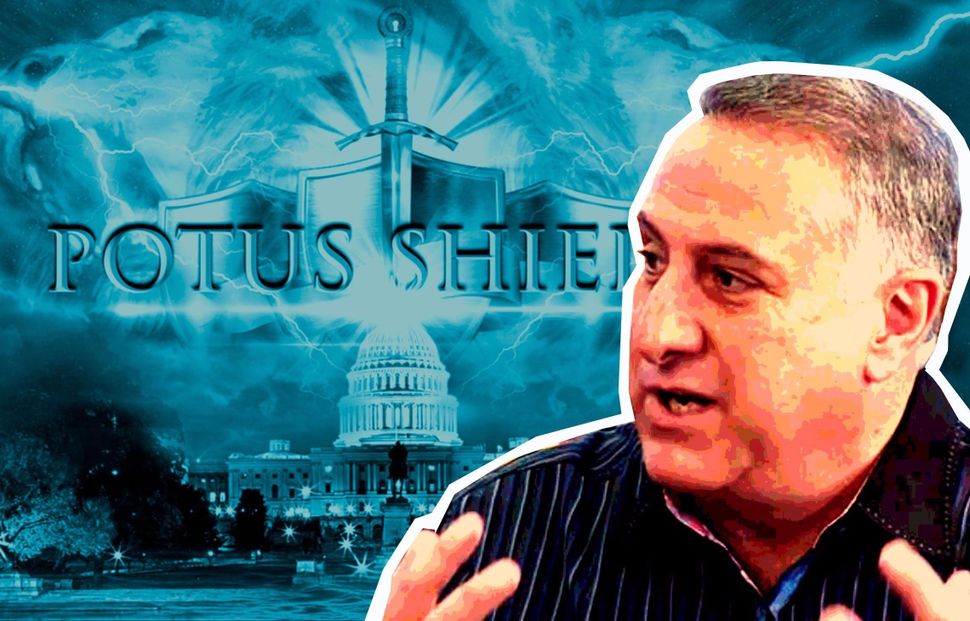 Frank Amedia, a former Christian policy liaison for the Trump campaign who believes the president is an instrument of God is sticking by his cherished leader in the wake of a violent white nationalist gathering in Virginia — and says Trump himself is acting as a prophet.

“Bad on both sides, wake up church,” Amedia wrote in a Facebook post to his followers, referring to Trump’s statement that there was bad on “many sides” in clashes between white nationalists and counter protestors in Charlottsevile, Virginia.

“Sometimes the president … says things that are prophetic and doesn’t realize he said it,” Amedia said in a recent prayer service.

What is the “bad on both sides” that Amedia is talking about?

A supernatural and evil spirit of “murder, hatred and division” that is seeking to take down the president. The only way to deal with it, Amedia went on, is prayer for Trump and the agenda of the Religious Right, which Amedia believes Trump is meant to carry forth.

Amedia, and a self-proclaimed “prayer warrior,” launched a project called POTUS Shield earlier this year made up of a group of self-styled “prophets” or “apostles” who vowed to create a protective shield of prayer and intention around Trump. They tour the country and mobilize communities sympathetic to their message. POTUS Shield’s leaders view politics as spiritual warfare and their stated goals include ending legal abortion, prohibiting same-sex marriage and getting rid of federal judges whose rulings are not to their liking.