Charlottesville White Supremacist Was Once A Lefty — Who Dumped Jewish Girlfriend 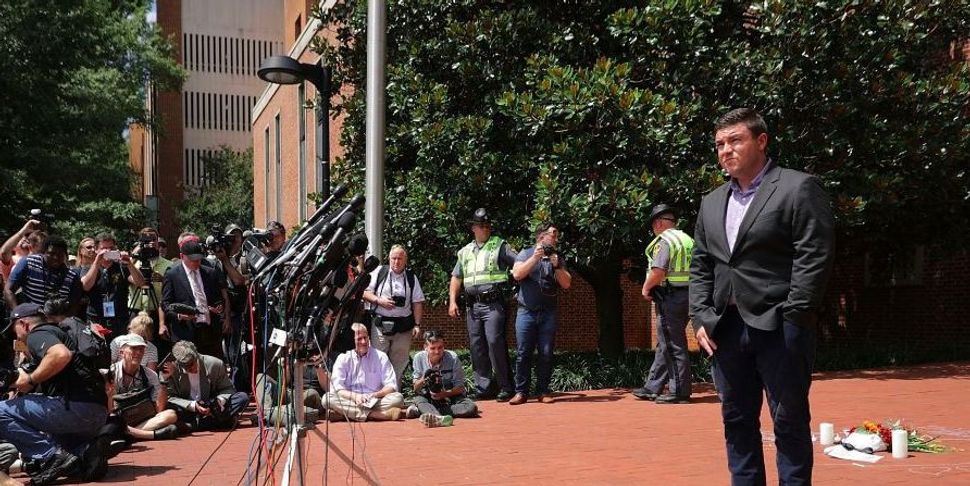 Jason Kessler, one of the organizers of the “Unite the Right” white supremacist rally in Charlottesville, was once a liberal activist and once dumped his girlfriend who is of Jewish descent.

But he didn’t break up with Laura Kleiner because she was Jewish or liberal — quite the contrary.

“He broke up with me, and a lot of it was because I was not liberal enough,” Kleiner told the Charlottesville Daily Progress. Kleiner, who is Christian but has Jewish roots, said that her ex’s previous ideological commitments – to the far-left and atheism – led to their splitting. “I am a very progressive Democrat… but he didn’t like that I ate fish and that I’m a Christian.”

Kessler used to be the furthest thing from a neo-Nazi, working as an activist with Occupy Wall Street and supporting President Obama.

“I think he went off the deep end… There was no stopping it, and then he was fueled by being an enemy and having something to stand for,” she said.

Kessler is a native of Charlottesville, and even in his left-wing days developed a reputation for aggression. “Even if his politics had been good, I don’t think people would have liked him,” an unidentified woman told the Daily Progress.

Charlottesville White Supremacist Was Once A Lefty — Who Dumped Jewish Girlfriend