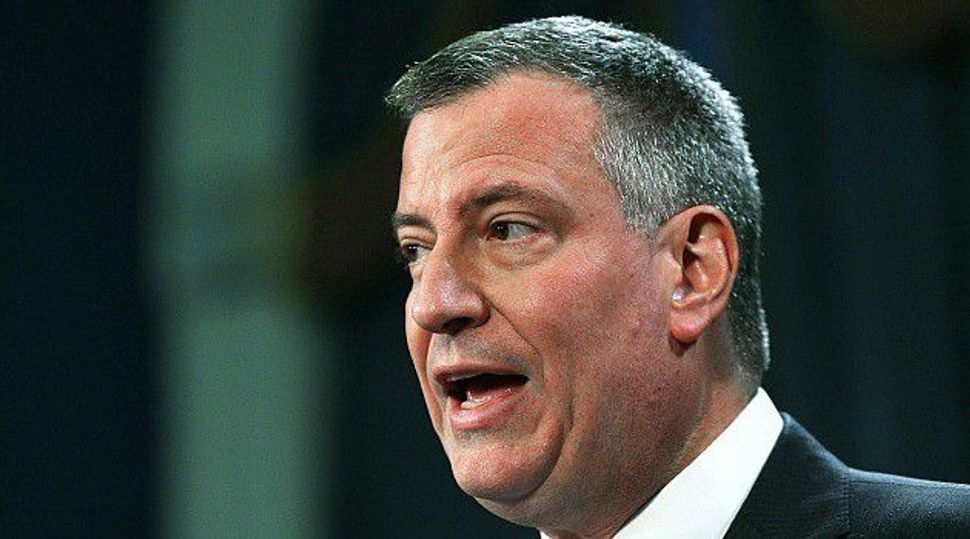 NEW YORK (JTA) — The mayors of America’s largest cities are launching a partnership with the Anti-Defamation League to combat hate and bigotry.

Nearly 200 mayors have joined the agreement, which was announced Friday, since it was first circulated Tuesday night among the U.S. Conference of Mayors. The mayors are agreeing to explicitly condemn racism, white supremacy and bigotry, and to implement educational and public safety programs to safeguard vulnerable populations and discourage discrimination.

“For decades, America’s mayors have taken a strong position in support of civil rights and in opposition to racism and discrimination of all kinds,” the Mayors’ Compact reads. “We are now seeing efforts in our states and at the highest levels of our government to weaken existing civil rights policies and reduce their enforcement. We have seen an increase in hate violence, xenophobic rhetoric, and discriminatory actions that target Muslims, Jews, and other minorities.”