Netanyahu, Putin To Meet For Sixth Time In Russia 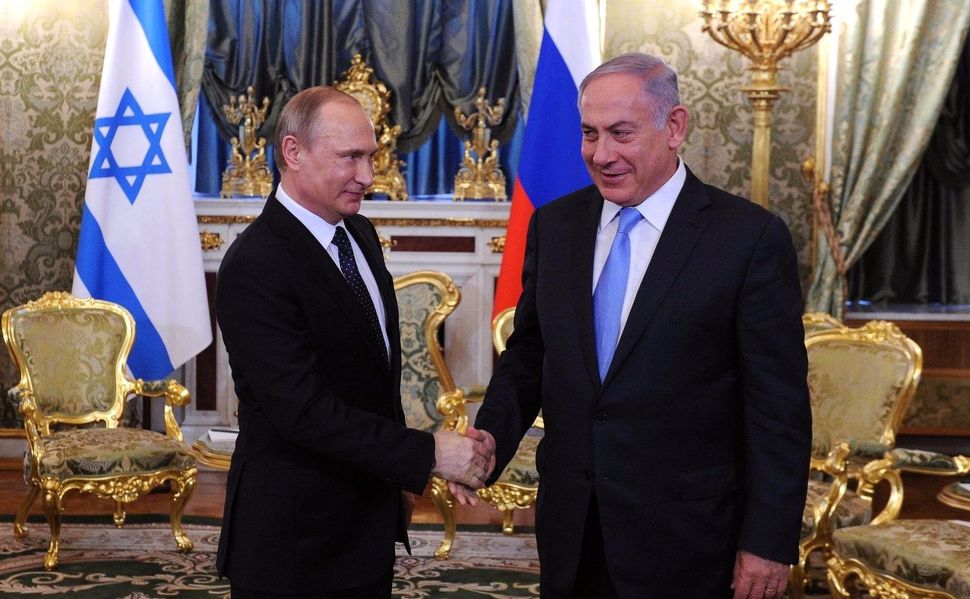 Netanyahu and Putin are scheduled to meet on Wednesday in the Russian city of Sochi, located on the Black Sea, the Prime Minister’s Office announced in a statement on Saturday night.

The two leaders will discuss the “latest developments in the region,” the statement said. The focus of their previous meetings has been over Russia’s involvement in the protracted civil war in Syria.

“In the past two years Prime Minister Netanyahu has met with Russian President Putin every few months in order to discuss bilateral and regional issues and in order to prevent friction between the Israeli and Russian air forces in Syria, so far successfully,” the statement from the Prime Minister’s Office said.

The main topic of discussion is likely to be the cease-fire agreement in southern Syria and Israeli fears that the deal would give Iranian Shiite proxies a permanent presence in Syria on the border with Israel.

Netanyahu, Putin To Meet For Sixth Time In Russia