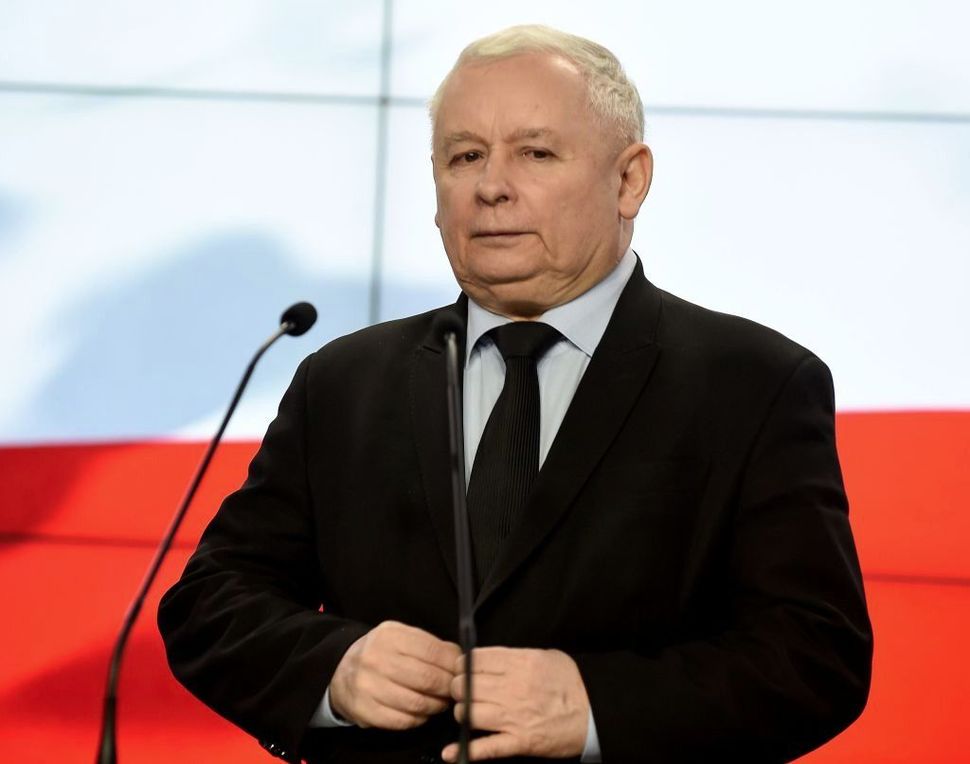 (JTA) — In an escalation of a row among Polish Jews over the government’s responsibility for a perceived increase in anti-Semitic rhetoric, a communal leader called Jews who met with a senior politician his “court Jews.”

Sergiusz Kowalski, the president of the Polish branch of B’nai B’rith, made the remark in an interview about Artur Hofman, president of the TSKZ cultural group, and three other Jews who last week met with Jaroslaw Kaczynski, a founder of the ruling Law and Justice Party.

The hourlong meeting, which Hofman told JTA was amicable, followed the posting of an open letter to Kaczynski in which for the first time since the fall of communism, two Polish Jewish leaders -— Leslaw Piszewski, the president of the Union of Jewish Communities in Poland, and Anna Chipczynska, head of the Warsaw community –- pleaded with an official to curb what they said was rising anti-Semitism. Chipczynska told JTA that the letter came at a “low point” for Polish Jewry’s feeling of security because of anti-Semitic actions that she said were being tolerated by the government.

But Hofman, whose group of 1,200 members is Poland’s largest Jewish organization in terms of membership, dismissed the claims, telling JTA that Chipczynska and Piszewski were exaggerating what he called unfounded concerns about anti-Semitism as part of “a political war” against Law and Justice. Hofman met Kaczynski with two Chabad rabbis and Jonny Daniels, the founder of the From the Depths Holocaust commemoration group.

After the meeting with Kaczynski, 14 Polish groups and individuals co-signed a statement Sunday stating that the Chabad rabbis, Shalom Dov Ber Stambler and Eliezer Gurary, along with Daniels and Hofman, do not represent the Jewish community of Poland but at most “themselves or their own organizations.”