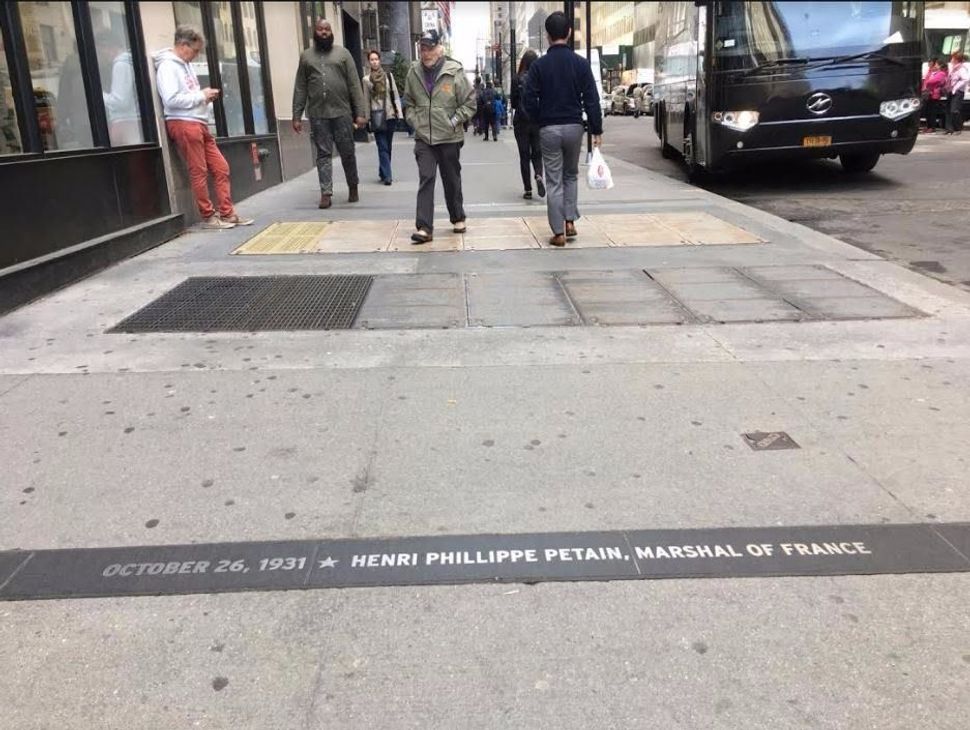 The plaque commemorates a ticker-tape parade held for Pétain in the 1930s, when he was known as a hero of the First World War. In 1940, Petain became leader of the Vichy government, controlling the portions of France not under direct Nazi occupation while collaborating with the Nazi regime and undertaking Nazi-style persecutions of Jews.

De Blasio said that the removal of the Petain plaque was part of a “review of all symbols of hate on city property” undertaken after last week’s neo-Nazi rally in Charlottesville, Virginia.

The Petain plaque is one of 200 similar plaques embedded along lower Broadway, each commemorating a ticker-tape parade. Other honorees include Pierre Laval, Petain’s successor as leader of Vichy France and an even more willing collaborator with the Nazis, and Dino Grandi, an Italian Fascist who served in the Mussolini government.